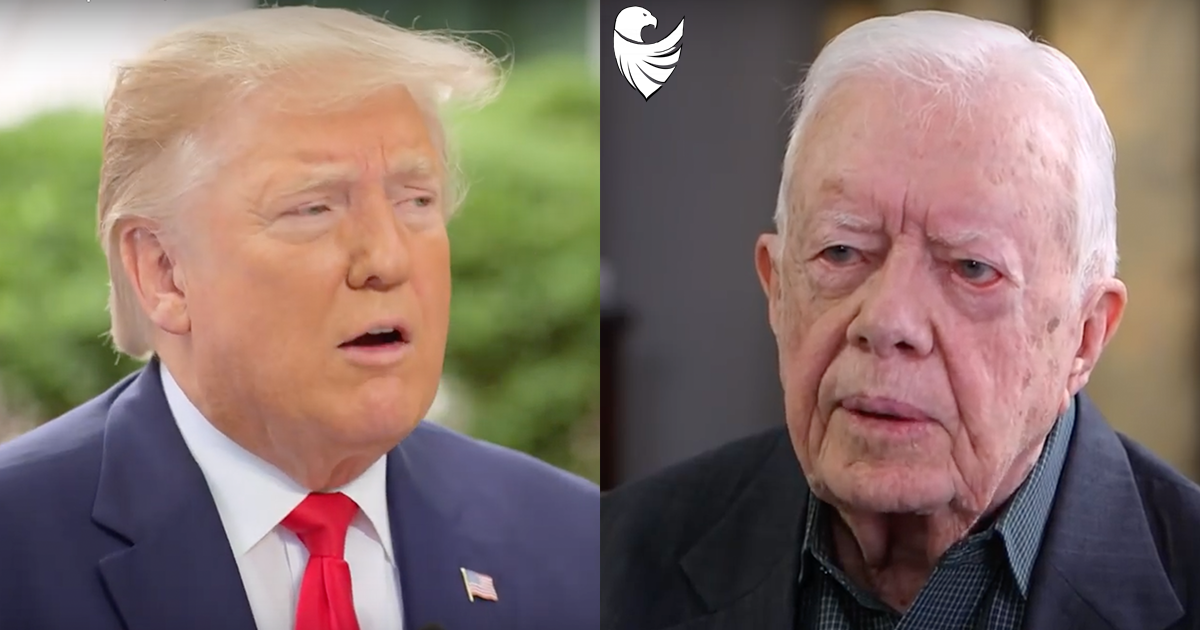 On Saturday, President Trump fired back at his predecessor Jimmy Carter, in response to the former US president’s negative remarks implying Russia played a role in his election.

Trump pulled no punches in explaining that Carter “was a terrible president,” noting that he “felt badly” for Carter, due to treatment from within his own party.

“He’s like the forgotten president, and I can understand why they say that,” said Trump, adding, “He was not a good president.”

“Look, he was a nice man. He was a terrible president,” Trump told reporters in Japan during the Group of 20 summit.

“He’s a Democrat. And it’s a typical talking point. He’s loyal to the Democrats. And I guess you should be,” he added. “As everybody now understands, I won not because of Russia, not because of anybody but myself.”

Trump said Saturday that he won the election because he worked harder than Clinton, adding that he’d “felt badly” for Carter because he’d “been trashed within his own party.”

“He’s been badly trashed,” Trump continued. “He’s like the forgotten president. And I understand why they say that. He was not a good president.”

Trump’s remarks came after Carter said Friday during an event in Leesburg, Va., “There’s no doubt that the Russians did interfere in the elections and I think the interference, although not yet quantified, if fully investigated would show that Trump didn’t actually win the election in 2016.”

“He lost the election and he was put into office because the Russians interfered on his behalf,” Carter said. When asked if he thinks Trump is an illegitimate president, he added, “Based on what I just said, which I can’t retract.”

Mueller also did not find sufficient evidence to charge any members or associates of Trump’s campaign with conspiring with Russia in its interference efforts, though he also declined to exonerate the president.

Trump has maintained his innocence, repeatedly casting doubt on the U.S. intelligence community’s assessment that Russia interfered in the election in order to help his candidacy.