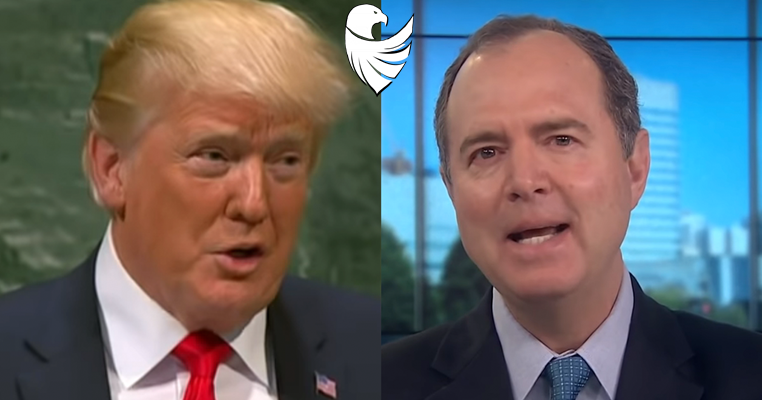 Monday morning, President Trump called for the Whistleblower’s identity to be revealed.

Adam Schiff now doesn’t seem to want the Whistleblower to testify. NO! Must testify to explain why he got my Ukraine conversation sooo wrong, not even close. Did Schiff tell him to do that? We must determine the Whistleblower’s identity to determine WHY this was done to the USA..

Per Axios, House Intelligence Chairman Adam Schiff (D-Calif.) on Sunday said that the committees investigating President Trump and Ukraine may not need testimony from the whistleblower, which could unnecessarily expose their identity and threaten their safety.

President Trump earlier tweeted that he believes he deserves to meet his accuser.

DailyCaller reports Rep. Adam Schiff said Sunday that the House Intelligence Committee might not need to interview the CIA analyst who filed a whistleblower complaint against President Donald Trump, a reversal for the Democrat, who has come under fire for failing to disclose the whistleblower’s contacts with his office.

Schiff acknowledged he initially supported the whistleblower testifying about the Aug. 12 complaint, which centered on a July 25 phone call Trump had with Ukrainian President Volodymyr Zelensky.

“Given that we already have the call record, we don’t need the whistleblower who wasn’t on the call to tell us what took place during the call, we have the best evidence of that,” Schiff said on “Face the Nation.” “It may not be necessary to take steps that might reveal the whistleblower’s identity to do that, and we’re going to make sure we protect that whistleblower.”

← GOP senator defends Trump on Syria: ‘I’m not sure the president had a lot of choices’ ← Turley: Why Won’t the Media Talk About Biden Family Dealings?