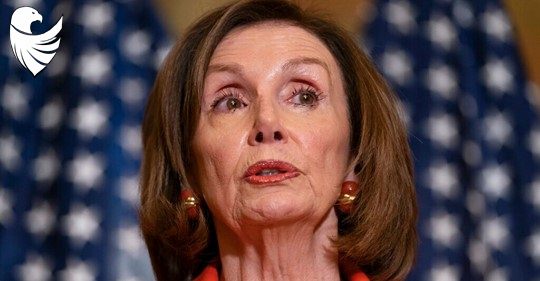 The House approved a $4.5 billion supplemental spending bill on Tuesday night to address humanitarian issues at the U.S.-Mexico border and to provide additional funding for food, water, medical services and stronger protections for unaccompanied children, among other things — setting up a showdown between the Democrat-led House and the Republican-led Senate.

The House bill, which passed 230-195, included specifics that would prevent the Trump administration from allowing any funding to go toward beefing up Immigration and Customs Enforcement (ICE) personnel at the border, likely to become a point of contention with Republicans.

President Trump warned Monday that he would veto the House bill if it passed, accusing Democrats of “inserting policy provisions that would make our country less safe,” the White House said in a statement

Democrats have cited recent reports of poor conditions and overcrowded detention centers, as well as Trump’s recent threats to conduct mass deportations of illegal immigrants across the U.S. The House version of the bill focuses heavily on creating safer living conditions for unaccompanied children and giving them access to legal services they may need. Some Republicans, on the other hand, have called the situation a crisis that started under former President Obama’s watch.

Customs and Border Protection Chief Operating Officer John Sanders told The Associated Press last week that children have died after being in the agency’s care. He said Border Patrol stations have been holding 15,000 people — more than triple their maximum capacity of 4,000, creating dangerous conditions for migrants.

Health and Human Services Secretary Alex Azar urged Congress to act and pass additional measures because shelters have been at capacity and funding was running dry, he told Fox News on Monday.

“Tens of thousands of migrants at the border – many of them children – are in dire need. And with agencies stretched beyond capacity and nearly out of money, they can’t afford for Congress or the administration to play games with humanitarian assistance,” House Appropriations Committee Chairwoman Nita Lowey said.

“That’s why this bill is so important. It would provide necessary funds for urgent humanitarian needs including food, diapers, and blankets. It would provide stringent safeguards to ensure funds are used only for humanitarian needs and nothing else. And it would protect the human rights and dignity of migrants, including by strengthening protections and standards of care for unaccompanied children. I urge the Senate and the President to quickly move this bill forward. We must enact relief without delay.”

The border aid supplement, which focused on humanitarian aid and did not include funding for a wall, included $934.5 million for processing facilities to provide food, water, sanitary items, blankets, medical services and transportation to migrants.

The bill also allotted $866 million that would go toward reducing reliance on influx shelters to house children, an attempt to create better housing conditions for unaccompanied minors and caps a child’s stay in an influx shelter at 90-days. The remainder of the funding would be for additional legal services as well as a pilot processing program for migrant families and children.