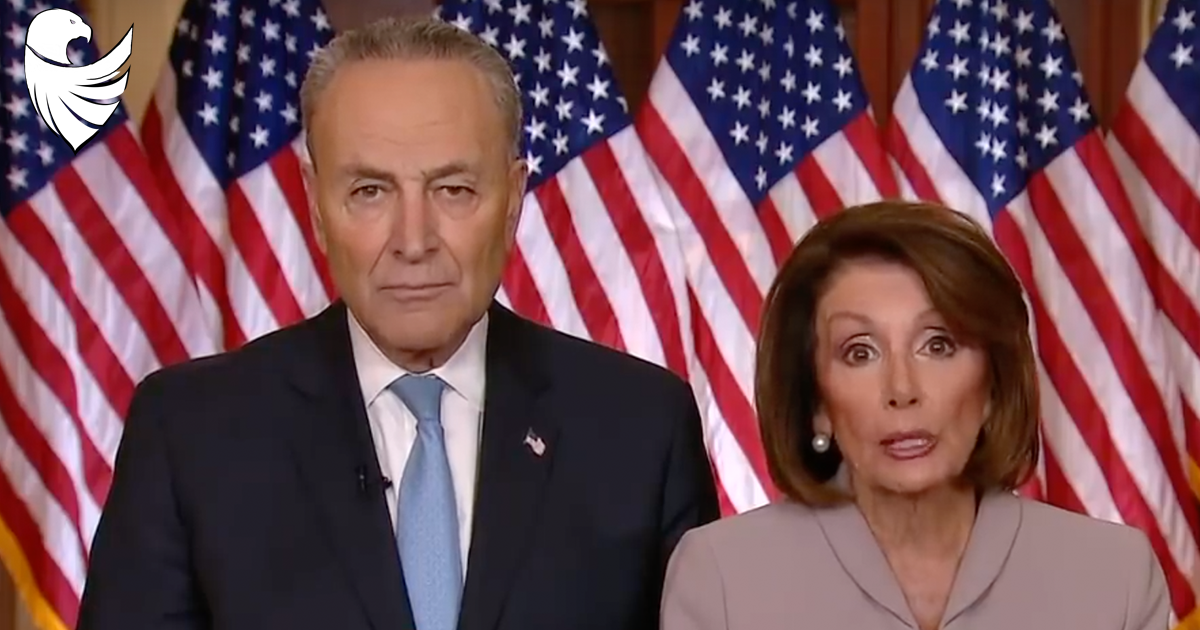 In recent months, several prominent Democrats have implied that the growing crisis at the US-Mexico border was “manufactured” by President Trump and Republicans.

Now, however, as the past three months have each seen around 100,000 attempted entries and denied asylum claims by illegal aliens, Democrats appear to be ready to accept the fact that the situation at the border is, in deed, a crisis.

For Democrats, as the 2020 election draws ever nearer, their refusal to acknowledge the surging numbers of illegal aliens entering the country each month poses to harm their chances as US voters grow increasingly aware of the situation.

Democrats have done a U-turn on their claim from earlier this year that President Trump’s concern about illegal immigration at the southern border was a “manufactured crisis.”

Democrats now acknowledge there is a genuine humanitarian crisis and are preparing to pass legislation that would provide as much as $4.5 billion in federal aid to address the surge of migrants from Central America.

A surging number of arrests, media reports of smugglers renting children to desperate migrants to help them gain entry into the United States and stories of children dying in U.S. custody have changed the narrative.

Earlier this year, Senate Minority Leader Charles Schumer (D-N.Y.) and Speaker Nancy Pelosi (D-Calif.) accused Trump of exaggerating problems at the border to stoke fear among Americans and distract from the turmoil of his own administration.

After Trump issued an Oval Office address to the nation on Jan. 8 proclaiming the border situation a “crisis of the heart and a crisis of the soul,” Schumer and Pelosi gave a side-by-side rebuttal.

“This president just used the backdrop of the Oval Office to manufacture a crisis, stoke fear and divert attention from the turmoil in his administration,” Schumer said in the midst of a 35-day government shutdown sparked by a partisan disagreement over funding border barriers.

Sen. Bernie Sanders (I-Vt.), a leading contender for the Democratic presidential nomination, admonished Trump in a video statement: “Mr. President, we don’t need to create artificial crises. We have enough real ones.”

Trump subsequently backed down and agreed to reopen the government despite getting only $1.3 billion for border barriers, less than what Democrats on the Senate Appropriations Committee voted for earlier in the year.

Democrats again balked before the Memorial Day recess when they refused to add Trump’s request for $4.5 billion in emergency border funding to a disaster relief bill that the president signed into law two weeks ago. But the steady stream of heart-wrenching stories and eye-popping statistics has changed the political environment on Capitol Hill, and it now appears a bipartisan deal on the border is imminent.

Polling shows that voters have grown more concerned about the migrant surge at the border since the government shutdown over Trump’s border wall earlier this year. A Washington Post–ABC News poll published in late April found that more than a third of Americans saw illegal immigration as a “crisis,” an increase of 11 percentage points compared to January.

A Harvard CAPS–Harris Poll survey published in early May found that 56 percent of U.S. voters said they believed there is “a growing humanitarian and security crisis” at the border, while 44 percent said it was a “manufactured political crisis.”

Schumer last week described the Democrats’ plan to address the crisis in a floor speech, and two of its main elements mirrored a plan being pushed by Sen. Lindsey Graham (R-S.C.), the chairman of the Senate Judiciary Committee.

Graham said Tuesday that he is in talks with Schumer to merge their proposals and expressed hope that reforms such as allowing migrants from Central America to apply for asylum from their own countries or from Mexico and to provide money for more immigration judges on the border — two ideas that Schumer has also endorsed — could be added to the border supplemental bill.