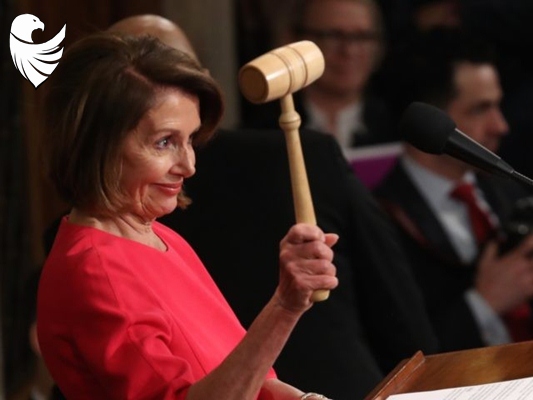 President Donald Trump urged supporters in North Carolina on Monday to defeat Democrats in the special election for the Ninth Congressional district in the state.

“Tomorrow, we take the first steps to firing Speaker Pelosi and winning back the House in 2020,” Trump said. “We need everybody to get your friends, get your family, and get your neighbors and get out and vote for Dan Bishop.”

Trump touted Bishop as an ally in Congress, warning that a vote for the “other Dan,” Dan McCready, was a vote for open borders, sanctuary counties, and to take away gun rights.

“Our great Republican candidate Dan Bishop will fight with everything he has to stop sanctuary cities and defend the people of this great state,” Trump said.

Harris had won by 905 votes, but the North Carolina state election board refused to certify the election results.

After a new election was called, Harris dropped out of the race and Republican candidate Bishop ran instead.

Former Vice President Mike Pence was also in the state campaigning for Bishop and spoke at the president’s rally.