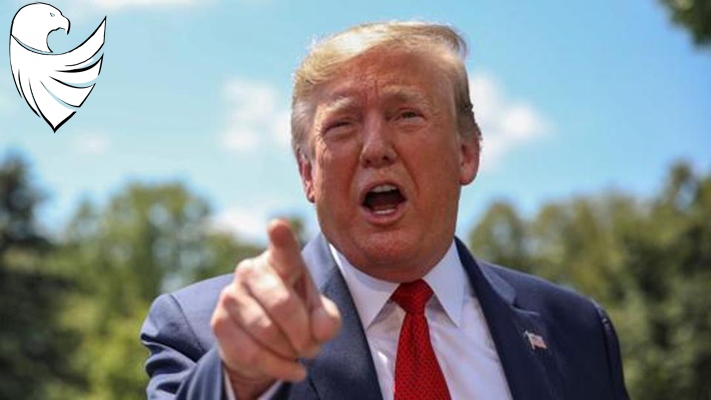 Despite efforts by Trump to soothe financial markets and portray the talks as making progress, the world’s two biggest economic powers have yet to agree on basic terms of re-engagement, with mistrust on both sides.(REUTERS)

US President Donald Trump sought to prod China into doing a trade deal before the US presidential election in November 2020, or face even more difficult negotiations during his potential second term.

“Think what happens to China when I win,” Trump said in a tweet on Tuesday. “Deal would get MUCH TOUGHER!”

Trump said in his tweets that the US is “doing very well in our negotiations with China,” without offering any specifics. He said he’s certain China would “love to be dealing with a new administration.”

The tweet comes as Chinese and US officials are struggling to agree on the schedule for a planned meeting this month after Washington rejected Beijing’s request to delay tariffs that took effect over the weekend, according to people familiar with the discussions.

China firmly opposes trade war, which is not conducive to China, the US, nor the world, China’s Vice Premier Liu He told a US delegation led by US Senators Steve Daines and David Perdue on Tuesday, state-run Xinhua News Agency reported. Liu said he hoped the two sides could deepen mutual understanding, seek common ground while reserving differences, and properly resolve problems on the basis of equality and mutual respect, according to Xinhua.

Despite efforts by Trump to soothe financial markets and portray the talks as making progress, the world’s two biggest economic powers have yet to agree on basic terms of re-engagement, with mistrust on both sides.

In a separate posting on Twitter Tuesday, he targeted domestic critics who favor going after China on trade with allies instead of alone — and sent the European Union another warning about its trading relations with America.

“For all of the ‘geniuses’ out there, many who have been in other administrations and ‘taken to the cleaners’ by China, that want me to get together with the EU and others to go after China Trade practices remember, the EU & all treat us VERY unfairly on Trade also. Will change!” he tweeted.

Not long after Trump sent his flurry of trade tweets, a report showed U.S. factory activity unexpectedly contracted in August for the first time in three years as shrinking orders, production and hiring pushed a widely followed measure of manufacturing to its lowest level since January 2016. The S&P 500 Index fell on concern U.S.-China trade talks had hit a stumbling block.

Trump has previously sought to cast his negotiations against the 2020 campaign, portraying Democrats as weak negotiators.

Trump said on Twitter in June that Democrat Joe Biden would be “China’s Dream Candidate, because there would be no more Tariffs.” Biden said in July that Trump’s tariffs are “crushing American farmers” and said the U.S. needs to be “tough AND smart” in dealing with China.

The new 15% U.S. duty on about $112 billion of Chinese products will hit Americans more directly than an existing 25% tax on about $250 billion of goods, targeting consumer staples ranging from footwear and apparel to home textiles, as well as technology products like the Apple Watch. A separate batch of about $160 billion in Chinese goods — including laptops and mobile phones — will be hit with 15% tariffs on Dec. 15.

(This story has been published from a wire agency feed without modifications to the text. )