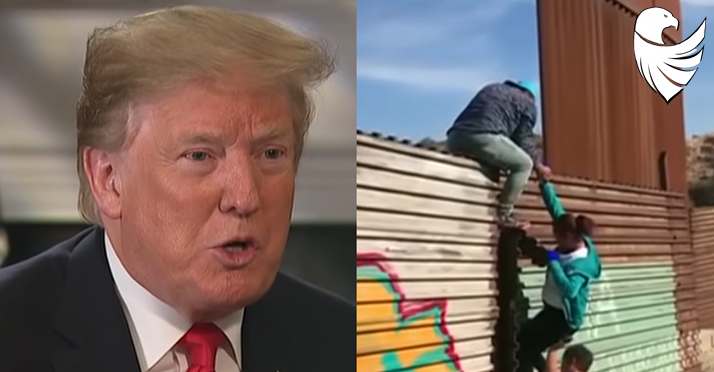 According to new reports, President Trump’s administration is ramping up their approach to removing illegal aliens from the US, including taking new steps to levy hefty fines against those refusing to leave after having been ordered to do so by US courts.

One woman, who refused to leave despite a judge’s ruling nearly two years earlier, was given a fine of nearly $500,000 by ICE in June.

In a statement on Tuesday, the agency explained, “The Immigration and Nationality Act grants [ICE] the authority to impose civil fines on aliens who have been ordered removed or granted voluntary departure and fail to depart the United States.”

The Trump administration is slapping fines on illegal immigrants who are ignoring court orders to leave the U.S. — one of them totals nearly half a million dollars.

“It is the intention of ICE to order you pay a fine in the amount of $497,777,” read a June 25 Immigration and Customs Enforcement (ICE) letter to Edith Espinal Moreno, a woman who has remained in Ohio despite an immigration judge ruling two years ago that she must leave. NPR first reported on the letter.

An ICE spokesperson confirmed to the Daily Caller News Foundation the agency is sending these notices to illegal immigrants.

“The Immigration and Nationality Act grants U.S. Immigration and Customs Enforcement the authority to impose civil fines on aliens who have been ordered removed or granted voluntary departure and fail to depart the United States,” read an ICE statement to the DCNF Tuesday. The agency also pointed to a January 2017 executive order that called on the government to fine illegal aliens.

Aliens who refuse a Justice Department Executive Office for Immigration Review order to leave the U.S. could receive a Notice of Intention to Fine, or NIF. They then are given a 30-day period to respond before authorities make a decision to issue an actual fine.

The agency said it began sending these fines in December 2018. An alien who ignores a deportation order can be hit with a fine of about $3,000, and that fine can increase by no more than $500 for each day they remain in the U.S. ICE was not able to confirm how many NIFs it’s issued since the recent crackdown.

“ICE is committed to using various enforcement methods – including arrest; detention; technological monitoring; and financial penalties – to enforce U.S. immigration law and maintain the integrity of legal orders issued by judges,” the agency said in a statement.

However, Trump said Monday the delayed immigration raids will take place after the July 4 holiday.