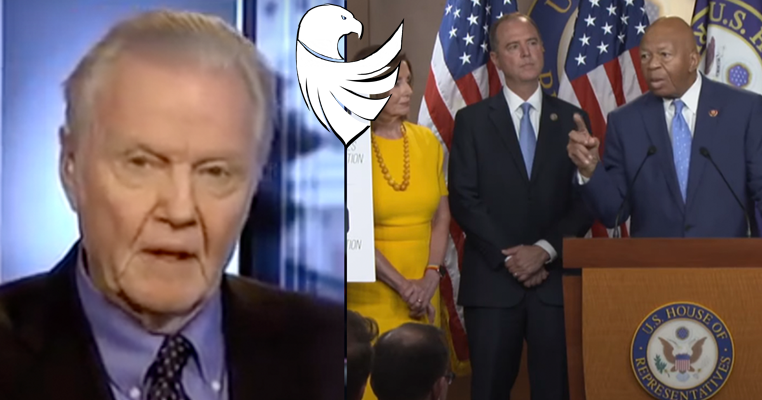 During a new interview with the Hollywood Reporter, legendary actor and staunch Trump supporter Jon Voight launched a brutal critique of the modern Democratic party.

Voight was more open to talking politics, and he did not hold back. He stood up for President Donald Trump amid the impeachment inquiry, slammed “fake news” and Hollywood Democrats and shared his prediction of a Trump victory in 2020.

“I’m a big supporter of our president, and I feel that what has happened with the Democratic party is something that I’d never thought I’d see happen. This is not the Democratic party of John Kennedy, who I was in support of,” Voight explained. “They had many heroes in the Democratic party. They have no heroes today. There’s a lot of slander and name-calling and lying that’s going on and passing itself off as news. This is my opinion. That’s where I stand and I don’t like it. Somebody has to stand up and say that and punch back at that nonsense. This is not America. The Democratic party doesn’t represent America anymore.”

Voight voiced his opposition to Debra Messing and Eric McCormack’s recent request of THR to publish a list of all attendees at Trump’s September fundraiser in Beverly Hills. ”The left was so concerned about the Hollywood Ten during the ‘50s but they are not at all concerned with the black list today and people losing jobs. They are very outspoken about it and they attack anybody who is for Trump or who is for the Republican party. The Democratic party has been undermined and overtaken, and I wish it could recoup itself and that there could be people who would stand up for the Democratic party that we have known and we have counted on and there are not anybody in that group who is standing up and protecting it. They are falling in.”

As for Trump’s chances for re-election, Voight is all in. “Donald Trump is going to win the presidency once again and this is going to be proven to be nonsense just as the two years with [the Mueller Report] and millions of dollars wasted and has taken those people in the House who are Democrats away from doing the business of the people.”

He added only 3 words.

← Jesse Watters Predicts how a Clinton-Trump Rematch Could Potentially Happen ← Trump Unleashed in 90-Minute Minneapolis Speech: Biden Was Only Good Because He ‘Kissed Obama’s Ass,’ Omar a ‘Disgrace’