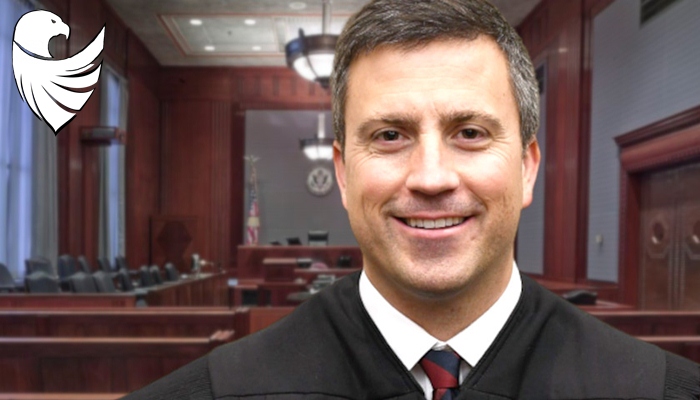 President Donald Trump asked a federal court in Washington, D.C., to dismiss a lawsuit from congressional Democrats seeking to compel production of his tax returns.

In a late Friday filing, Trump’s lawyers told U.S. District Judge Trevor McFadden that the dispute between Trump and the House Ways and Means Committee is an inter-branch political conflict which the federal courts cannot resolve. The Justice Department and attorneys with Consovoy McCarthy PLLC represent the president.

“Judicial resolution of disputes directly between the executive branch and Congress has been virtually unknown in American history and is inconsistent with the Constitution’s most fundamental mechanism for securing liberty — dividing authority among co-equal branches separately equipped with ‘the necessary constitutional means and personal motives to resist encroachments of the other,’” the filing reads.

House Democrats filed a lawsuit on July 2, after Treasury Secretary Steven Mnuchin repeatedly rebuffed requests from the Ways and Means Committee to produce the president’s returns for tax years 2013 through 2018. Democrats sought those records pursuant to a 1924 law saying the Treasury Department “shall furnish” the panel with “any” requested tax return information.

Mnuchin said the request is not connected to a legitimate legislative purpose. Democrats counter that the House is considering several pieces of legislation that bear on presidential tax returns. H.R. 1 for example would require the president, the vice president, and certain major party candidates to share their tax returns with the Federal Election Commission (FEC). Withholding Trump’s tax returns impairs the House’s ability to consider such legislation.

The Justice Department’s Office of Legal Counsel, which gives legal advice within the executive branch, produced an opinion siding with Mnuchin in June.

In Friday night’s filing, the president’s lawyers rejected that position, saying the committee’s “asserted impairment” is “too abstract and amorphous to constitute a legally cognizable injury.” Instead, the House should use other legislative tools like the power of the purse to force Mnuchin’s cooperation, Trump lawyers said.

The lawsuit is also premature, the president’s legal team argued, since much of the information Democrats are seeking could be shared in an out-of-court accommodations process. Friday’s filing included a declaration from an official in the Treasury Department’s legislative affairs office claiming Democrats waited months before seeking information about enforcing federal tax laws against an incumbent president.

Nor did the Ways and Means Committee respond to the Department’s offers to share information about presidential audits, Trump lawyers said.

“At a minimum, the court should refuse to referee this dispute until the parties have earnestly pursued and exhausted the constitutionally contemplated processes of negotiation and mutual accommodation,” Friday’s filing reads.

The case is Committee on Ways and Means v. U.S. Department of the Treasury in the U.S. District Court for the District of Columbia.