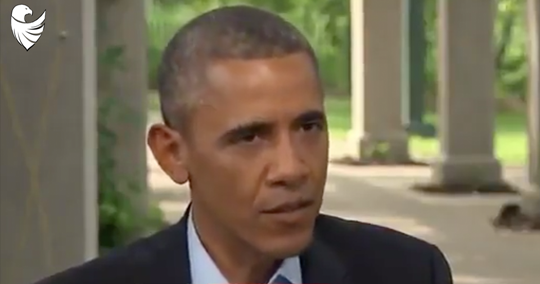 Despite the media’s growing fixation with the treatment of detained illegal aliens at the US-Mexico border, specifically children, notably absent from the discussion is the fact that former President Barack Obama enacted many of the same policies.

For Obama as well as his predecessor, George Bush, the media remained silent as families were separated and migrants were prosecuted for having entered the country illegally.

Now, as the press continues to focus on the conditions of detention centers in the US, many are pointing out that their outrage appears to be selective, and comes as the 2020 election draws ever nearer.

The media and political class become more and more outraged over the Trump administration’s decision to detain and prosecute immigrants illegally crossing the border.

Lost in the debate is any acknowledgment that President Obama’s administration also used detention facilities.

Current U.S. immigration laws, when enforced, have the consequence of temporarily separating adults who arrive with children into separate detention facilities in order to prosecute the adults.

The policy of prosecuting immigrants for crossing the border illegally has been in place for multiple administrations. The Obama administration prosecuted half a million illegal immigrants and similarly separated families in the process. So did the Bush administration.

Personal accounts from immigration lawyers tell a tale of Obama being equally concerned about unaccompanied minors traveling to the border and wanting to create a deterrent.

Photos of border detention facilities from the Obama-era, taken during 2014, look nearly identical to the ones taken during the Trump era.