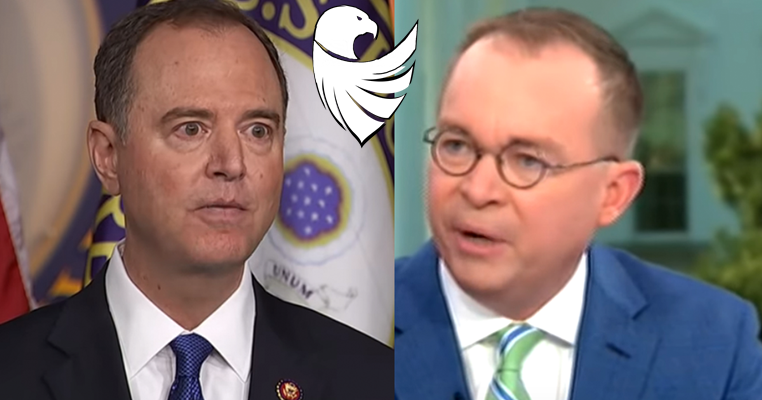 According to a new report from Axios, Acting Chief of Staff Mick Mulvaney believes the Democrats impeachment effort will lead to a 45 state Trump landslide victory.

President Trump will win *45* states in 2020 even if he is impeached. That's what Acting Chief of Staff Mick Mulvaney says https://t.co/pSAR6GrXTt

Per WashingtonExaminer, According to CNN, several sources have claimed that Mulvaney could be in risk of losing his job amid Trump’s frustrations with him for failing to construct “a strategy for defending and explaining the contents” of both the complaint and the transcript of the president’s July phone call with the leader of Ukraine.

According to one of the sources, there is widespread frustration in the White House surrounding the lack of response for dealing with the releases, and Mulvaney appears to be taking the heat for it. However, they also indicated that President Trump may not be eager to fire him just yet “given the amount of tumult” from the week.

Axios reports in numerous recent conversations with colleagues, including last week’s senior staff meeting, White House acting Chief of Staff Mick Mulvaney has said he thinks President Trump could win 45 states in 2020 after the impeachment process — a magnitude of landslide that few if any independent pollsters would dare predict.

← If Dems Impeach, Graham Wants Whistleblowers “Interviewed in Public, Under Oath, and Cross-Examined” ← Trump Accuses Schiff and Pelosi of “High Crimes” and “Treason” Calls for Their Impeachment