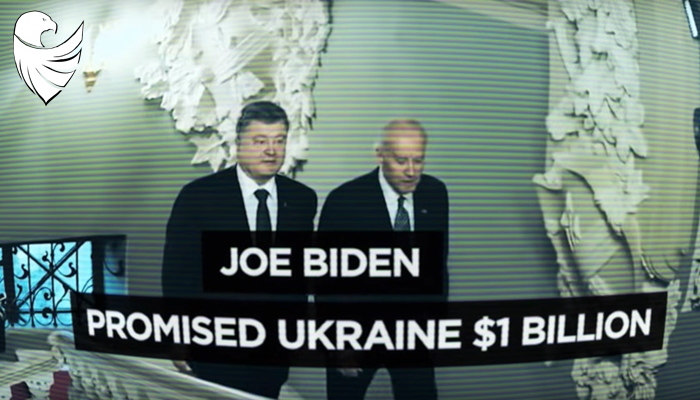 On Thursday, NBC Universal announced that it would not run one of President Trump’s most frequently-shown campaign advertisements detailing Joe Biden’s Ukraine scandal, The Hill reports.

The ad in question, simply called “Ukraine,” details the former vice president’s corruption and abuse of power with regards to Ukraine, including how his son Hunter was being paid $50,000 to serve on the board of an energy company that was under investigation by Ukrainian authorities; Vice President Biden used his influence and threatened to withhold $1 billion in American funding to Ukraine unless the investigating prosecutor was fired, which he eventually was.

NBC told the Trump campaign that the ad would not run on any of its networks unless certain changes were made. It has not been confirmed as to which changes the network specifically requested.

Trump campaign spokesman Tim Murtaugh responded to the news by declaring that “our ads are 100 percent accurate. The discussions with NBC had nothing to do with the facts as presented in the ad. We have no further comment on those conversations.”

This decision comes amidst a flurry of attempts by the Biden campaign to censor any and all negative media coverage of his dealings with Ukraine. The Biden campaign had previously demanded that news networks not interview President Trump’s personal lawyer and former New York City Mayor Rudy Giuliani, and had also tried to pressure Fox News into not running the Trump campaign’s anti-Biden ads.

More recently, the Biden campaign attacked the New York Times for running a column by acclaimed investigative journalist Peter Schweizer, in which he detailed Hunter Biden’s business dealings in Ukraine.

← BREAKING: Trump Announces Deal with China Aimed at Benefiting American Farmers and Ranchers ← GOP senator defends Trump on Syria: ‘I’m not sure the president had a lot of choices’