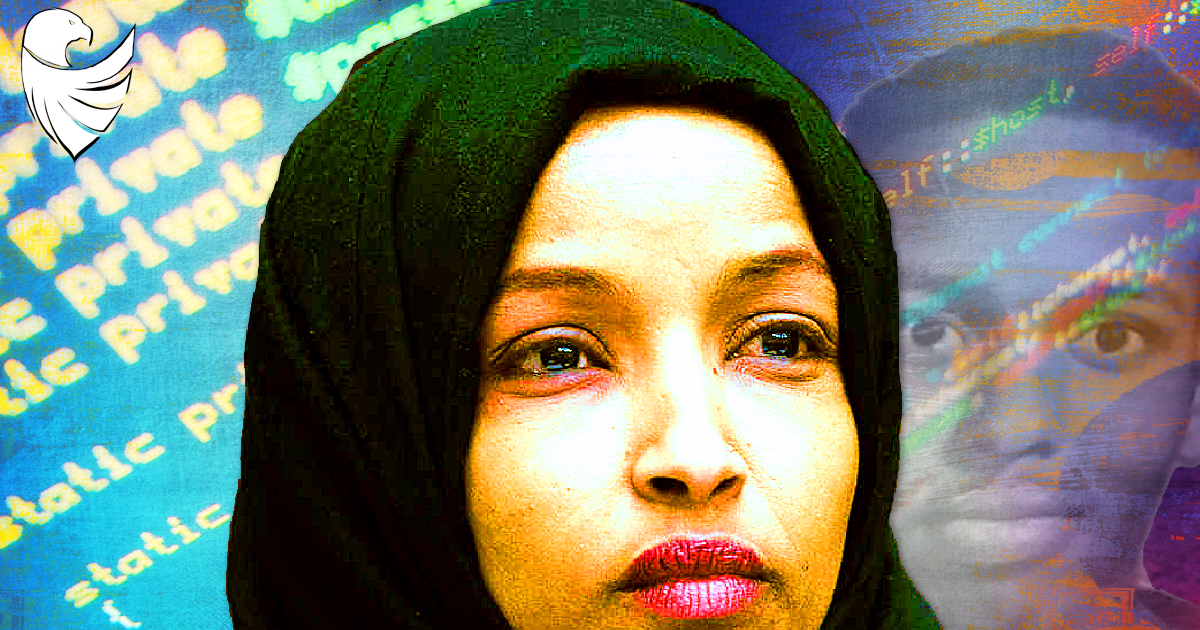 A new twist has emerged in the Ilhan Omar marriage mystery, and this time it comes from a clue buried on her sister’s website.

PJ Media reported that just months after getting married in Minnesota in 2009, Rep. Omar and Ahmed Elmi moved to Fargo, North Dakota. They both enrolled at North Dakota State University.

They both attended NDSU between 2009 and 2011. And that — according to Rep. Omar herself — was effectively the end of the marriage.

However, Rep. Omar — per her own statement — had married another man, Ahmed Hirsi, by Islamic ceremony in 2002. And publicly available address records show that Ahmed Hirsi also moved to North Dakota from 2009 until 2011.

There was no “break” for Omar and Hirsi.

Then, Rep. Omar herself — perhaps in a moment of carelessness — admitted to a reporter in 2013 that Hirsi and their two children were living with her as she attended NDSU.

To summarize: There is zero evidence that Omar ever separated from Ahmed Hirsi. But there is evidence in the form of: 1) publicly available records, and 2) Rep. Omar’s own admission, that Omar has lived with Hirsi without interruption for 16 years.

However, evidence shows that she has had quite a bit of contact with Elmi since 2011.

Omar testified under oath that she had not seen or spoke to Ahmed Elmi since 2011 and was granted a “default divorce” in 2017.

Rep. Ilhan Omar swore under oath in a 2017 divorce filing that she hadn’t seen her husband Ahmed N. Elmi in six years and didn’t know anyone who might be able to locate him — yet he appears to have designed a website for Omar’s sister this year, according to data hidden in the source code of that website.

The Democratic Minnesota congresswoman swore that she had not been able to locate the man she married — who the Minneapolis Star Tribune says may or may not be her brother — since 2011. She swore she didn’t know the names of anyone in her husband’s family and that the two had no mutual acquaintances who might know how to contact him.

According to Elmi’s Facebook profile, after attending college in North Dakota he moved to England and then to Nairobi, Kenya — the same city where Omar’s sister, Sahra Noor, lives and works as CEO of Grit Partners. Grit Partners’ website code contains data that indicates Elmi was involved in the creation of either the company’s website or its Instagram account.

The ties between Omar’s supposedly long-lost ex-husband and Omar’s sister appear to contradict Omar’s sworn testimony and add to the body of evidence that the ex-husband may be her brother, making all three siblings.

Other elements of her sworn filing also contain discrepancies. In arguing that she should be granted a divorce without her husband’s consent because he could not be located, she claimed that she did not know the name of a single member of her husband’s immediate family. She also claimed that her attempts to find him included unsuccessfully searching on social media — but he has been on Twitter since 2012 and Facebook since 2007 and is also on LinkedIn and other platforms.

Lying on a sworn form is perjury and each charge carries five years in prison, according to Minnesota law. Questions have been raised about the accuracy of approximately six statements on the sworn form.

Grit Partners’ website contains code generated by its web design software Squarespace that includes certain data that is not visible on the page itself. In a section of code powering the site’s links to its Twitter and Instagram pages, Elmi’s name is included, tying him to the Instagram account. It says “screenname: Ahmed Elmi” and “UserName: ahmednelmi.”

Elmi’s LinkedIn says he works as a freelance creator of “content, communications strategies and editorial for nonprofits, start-ups and global brands.”

The hidden code was discovered by David Steinberg, a veteran journalist most recently with PJ Media, who has published significant information about Elmi over the last years. He has previously published screenshots that appear to show the person with the “ahmednelmi” Instagram was photographed with Omar during the period that Omar swore she had no contact with him, had the same birthdate as Omar’s husband and held Omar’s baby soon after it was born, calling her his “niece.”

Democratic activist Barb Lickness confirmed to the Star Tribune that the man in one of those screenshots — billed as being from Omar’s Instagram and depicting the now-congresswoman with Elmi in London in 2015 — was the same Ahmed Elmi who was a neighbor of hers in Minneapolis but who never mentioned being married.

The media has been hesitant to accept the screenshots as proof that Elmi is Omar’s brother because the Instagram accounts were deleted, so the papers could not independently corroborate the screenshots’ authenticity.

However, the Grit Partners code is still online and has been corroborated by the Daily Caller News Foundation. The DCNF also archived it on the Internet Archive and another archiving service so that date-stamped copies are preserved even if the website is changed. It can be verified by right-clicking, selecting “view source” and searching for Elmi’s name.

Domain registration records show the Grit Partners website was registered on Jan. 10, 2019, and the code that mentions Elmi’s name says the Instagram account was linked to the site on Jan. 17.

Omar requested a “default” divorce from Elmi in 2017, an unusual proceeding used where one spouse has disappeared and cannot be located. Since the process deprives one party of contesting the divorce, it required Omar to swear under oath that she had no clues whatsoever about how to contact him through other people.

On the form above, she swears her “most recent contact” with Elmi was in June 2011 in London and the “last known location of respondent’s employment” was unknown.

She swears the “names and locations of respondent’s parents, siblings, children and other close relatives are as follows: Unknown.”

She swears the “names and locations of other persons who are likely to know the respondent’s whereabouts are: Unknown to me.”

It continues: “I believe that it is not likely that respondent’s location will become known to me, but there is a reasonable possibility that mail will be forwarded or otherwise reach respondent if addressed as follows: No known address.”

The document says, “I have made the following efforts to locate the respondent: Looked for on Social media.”

It concludes: “I declare under penalty of perjury that everything I have stated in this document is true and correct.” It is signed and dated Aug. 2, 2017.