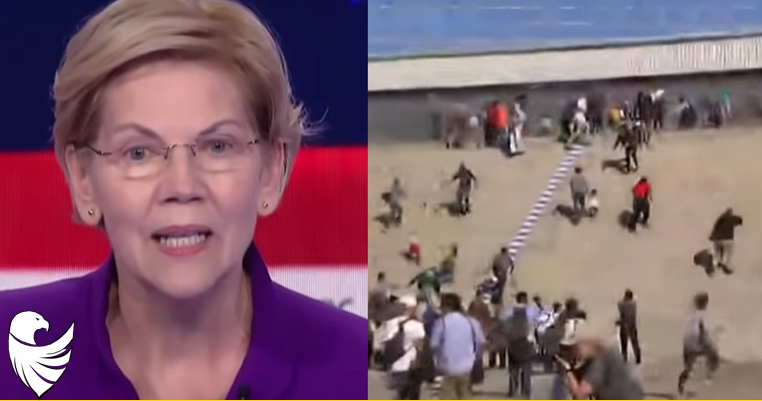 According to the results of a new poll, some of the most popular policies among the left are failing to resonate with American voters across the nation, a fact which looks to pose a serious issue for Democrats looking to oppose President Trump in the upcoming election.

As 2020 draws ever closer, Democrat presidential candidates appear desperate to keep up with the far-left fringe of the liberal voter base, embracing radical policies like AOC’s “Green New Deal” and seemingly refusing to look past the primary election.

However, the noticeable shift left has done little to impress the majority of American voters, who oppose such ideas as universal healthcare and the “Medicare for All” plan that has gained traction among liberal candidates.

President Trump’s greatest electoral asset, aside from the thriving US economy, is the Democrats’ intense leftward lurch.  As the opposition party embraces broadly unpopular policies on an array of issues in an effort to appeal to its base, the incumbent is strengthened.  Democrats’ race to the hard left may be politically necessary to achieving the immediate task of winning a primary, but major pitfalls lie ahead.  Two new polls underscore that reality.  This one is at the national level:

Joe Biden is the lone top tier candidate in the Democratic nomination race, according to the latest Fox News Poll.

233 people are talking about this

As we mentioned earlier in the week, even Democratic governors and liberal think tanks are begging the party to pump the brakes on the immigration extremism.  But as you can see, by double-digit margins, core Democratic voters support the policies that are rejected by landslide margins by voters overall.  Therein lies the dilemma.  Meanwhile, here’s a survey from the swing state of Michigan, which President Trump very narrowly won in 2016:

A majority of Michigan voters oppose a strict Medicare for All proposal that would eliminate private health insurance, according to a new statewide poll released Thursday ahead of next week’s Democratic presidential debates in Detroit.  But the survey of 600 likely Michigan voters shows the government-run single-payer health care proposal is popular among “strong” Democrats and supported by a plurality of voters who “lean” Democratic, pointing to a challenge for presidential candidates attempting to win the primary without hurting their chances in a general election…Michigan general election voters oppose the elimination of private health insurance in favor of a Medicare for All program 52%-37%, according to the poll.