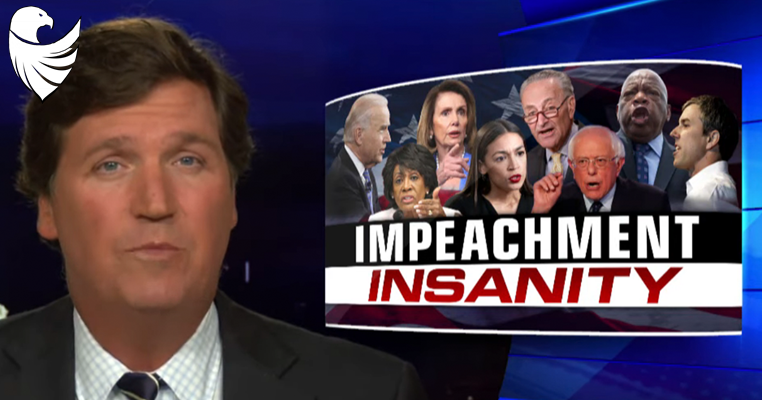 A new Quinnipac poll shows only 37% of U.S. voters are in favor of impeaching President Trump.

57% are against impeachment proceedings.

Quinnipiac: Just 37% believe that Trump should be impeached while 57% do not.

This poll taken in the middle of the Ukraine story, so clearly not a rush in the public to impeachment so far… but we'll see if the needle moves in the following days/weeks.

The Hill reports a majority of Americans say they are not behind impeaching and removing President Trump from office, according to a new poll.

The new poll from Quinnipiac University, released Wednesday, finds only 37 percent of registered voters say Trump should be impeached and removed from office, with 57 percent of respondents saying he should not be impeached.

The poll was conducted from Sept. 19 to 23, as Trump was embroiled in a controversy stemming from a call he had with the Ukrainian president, and the results come just a day after Speaker Nancy Pelosi (D-Calif.) announced that House Democrats were launching a formal impeachment inquiry into Trump.

The findings closely mirror results from a Monmouth University poll conducted last month before the Ukraine phone call controversy. That survey found 59 percent of voters were against impeaching Trump, with 35 percent of respondents backing the move.

Trump has faced intense criticism from Democrats after admitting that he had spoken to Ukrainian President Volodymyr Zelensky about looking into alleged corruption involving former Vice President Joe Biden, a leading candidate for the Democratic presidential nomination, and Biden’s son Hunter just weeks after withholding military aid to that country.

Dozens of House Democrats came out in the past few days expressing support for an impeachment inquiry after news of Trump’s call emerged following a complaint from a whistleblower in the intelligence community.

Trump has denied any wrongdoing and said the aid to Ukraine was eventually delivered. He has also promised to release a transcript of the call.

← REPORT: Whistleblower’s Lawyer Has Worked for Hillary and Chuck Schumer ← Strassel Calls Left’s Ukraine Criticism “Another attempt to take out a president” in Tweet Storm