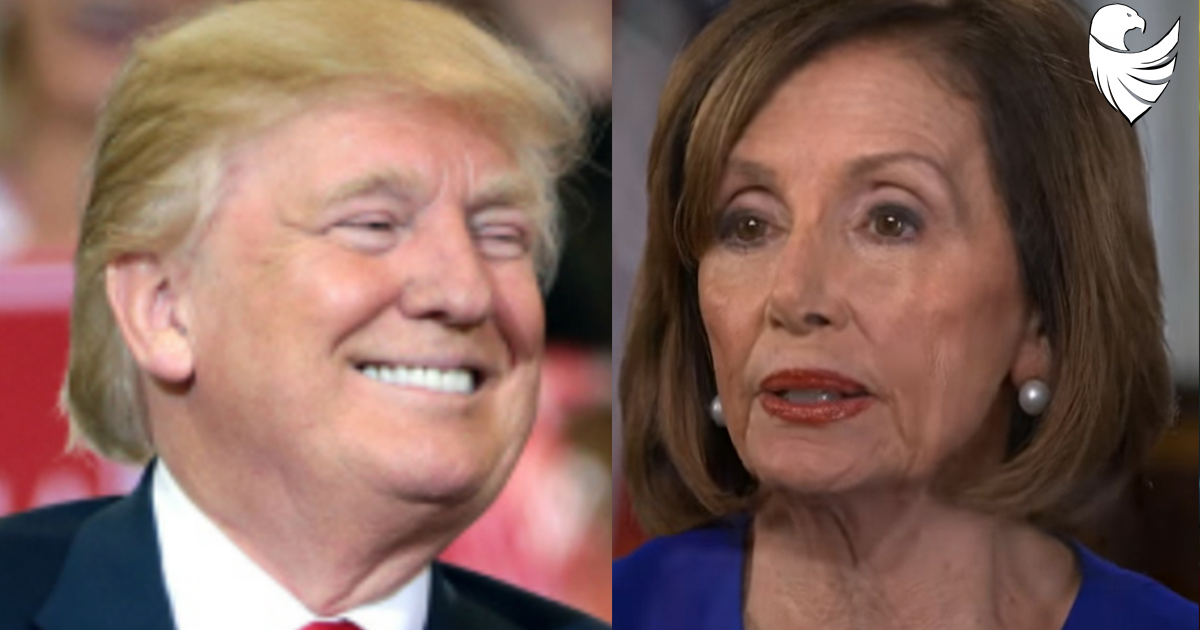 Over the last few weeks, the stature gap between President Trump and House Speaker Nancy Pelosi, D-Calif., has grown dramatically.

While the president became the first foreign leader to meet with the new emperor of Japan, Pelosi announced she would like to see Trump in prison.

The president then had a widely watched dinner with Queen Elizabeth at Buckingham Palace.

The president seemed entirely at home as a world leader dining with the royals. The following day, the president had an interview with Piers Morgan, which was the most controlled and nuanced interview I have seen him give. He was truly presidential.

The meetings with Prime Minister Theresa May and other British government leaders also went well.

The anti-Trump crowds in London were tiny compared to the massive crowds that used to oppose President Ronald Reagan (of course Russian President Vladimir Putin is not spending the kind of money the Soviet Union used to spend on the so-called peace movement).

The president’s recitation at Portsmouth of President Franklin Delano Roosevelt’s prayer on D-Day was stunning and widely replayed in the news.

Then the president went to Normandy and gave one of the most powerful and moving speeches of his career. When even liberals and anti-Trumpers were comparing his speech to President Reagan’s historic 1984 oration, you know President Trump had achieved an extraordinary impact.

Shortly after the speech, the president met with French President Emmanuel Macron, who told the news media he and Trump are good friends.

A brief stop in Ireland to meet with the Irish Prime Minister (and play a little golf) wrapped up the most successful trip so far in the Trump presidency.

The president’s threat to impose harsh tariffs brought Mexico to make historic changes in its approach to controlling illegal immigration. Some 6,000 Mexican troops are being sent to Mexico’s southern border in a first step toward getting control of illegal immigration.

While there was widespread criticism and opposition to Trump’s threats when he first announced them, within a few days they achieved more progress with Mexico than we had made in years.

While the president was proving he was a world leader in Japan, Britain, France, Ireland and Mexico, Pelosi’s House Democrats were ineffectually talking about subpoenas and investigations – and asserting that there is no border problem.

Pelosi’s shrinking stature is more than matched by the decay of the Democratic presidential field.

The only Democratic candidate with real national stature is former Vice President Joe Biden. Biden’s 36 years in the Senate and eight years as vice president serving with President Obama give him both name identity and acceptability. Unfortunately for Biden, three things are undermining his candidacy.

First, his own record since he entered the Senate in 1972 makes him vulnerable on issue after issue. From apologizing to Anita Hill to explaining votes and statements that offend modern radicals, Biden’s record has kept him on defense.

Second, the dynamic, militant elements of the Democratic Party are all on the left. A recent uprising forced Biden to repudiate a decades-long commitment of support for the 1976 Hyde Amendment – which prevents taxpayer money from being used to pay for most abortions. After a few days of pressure, Biden caved to the left. A lifetime career of citing his Catholicism was washed away by the radical left in less than a week.

On the environment and other issues, Biden is going to be driven to the left. The heart of his candidacy – the stable, seasoned centrist – is being crushed by the energy and vitriol of the left.

If Biden does fade – and recent Iowa polls certainly make this possible – the Democrats will have no national candidate.

← The moment I am proud of ← GUILFOYLE: THANKS TO PRESIDENT TRUMP, AMERICA’S FLAG IS RESPECTED AGAIN — LET’S CELEBRATE THEM BOTH!