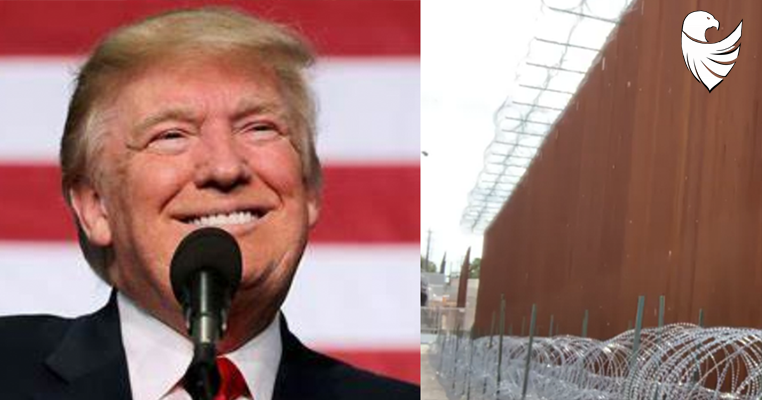 According to a new NY Times report from  Michael D. Shear

These included a water-filled trench, stocked with snakes or alligators, as well as an electrified wall with deadly spikes on the top.

Last December, President Trump tweeted a design of the Steel Slat Barrier that included what appears to be deadly spikes.

A design of our Steel Slat Barrier which is totally effective while at the same time beautiful! pic.twitter.com/sGltXh0cu9

From the NY Times

Privately, the president had often talked about fortifying a border wall with a water-filled trench, stocked with snakes or alligators, prompting aides to seek a cost estimate. He wanted the wall electrified, with spikes on top that could pierce human flesh. After publicly suggesting that soldiers shoot migrants if they threw rocks, the president backed off when his staff told him that was illegal. But later in a meeting, aides recalled, he suggested that they shoot migrants in the legs to slow them down. That’s not allowed either, they told him.

“The president was frustrated and I think he took that moment to hit the reset button,” said Thomas D. Homan, who had served as Mr. Trump’s acting director of Immigration and Customs Enforcement, recalling that week in March. “The president wanted it to be fixed quickly.”

← President Trump “What is taking place is not an impeachment, it is a COUP” ← Pompeo Rejects Dem Request for Testimony, Calls It “Attempt to Intimidate, Bully”