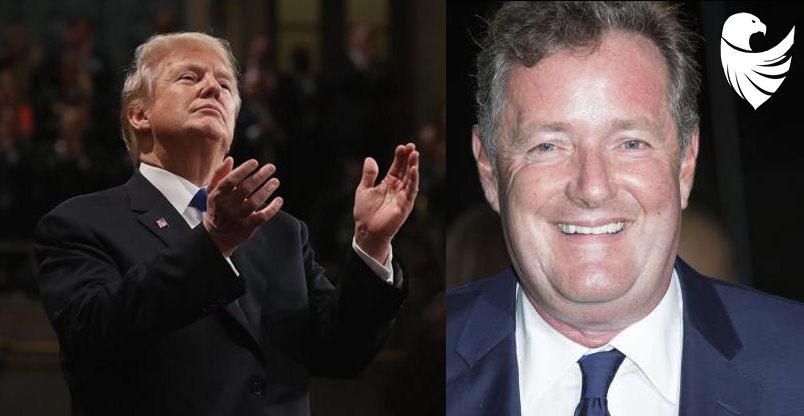 In a piece for the Daily Mail on Thursday, British journalist Piers Morgan explained, quite thoroughly, why he thinks Trump is going to win the 2020 election. And not just win it, but win it easily. “When Trump launched his 2020 campaign on Tuesday night in Orlando, Florida, I didn’t sense I was watching a guy who’s going to lose. In fact, I got the complete opposite feeling,” Morgan wrote. “Trump exuded the confident all-conquering swagger of someone who defied all polls and logic last time, and fully intends to do so again.”

And his strategy has clearly worked.

Everyone seems to forget that Trump won with just 46.1% of the national vote in 2016. His current approval rating is around 45%.

And as the New Yorker reminds us today, the day before the 2016 election, just 37.5% of American voters – according to Real Clear Politics poll average – had a ‘favorable’ opinion of Trump.

So, either the polls were wrong or a lot of people voted for Trump despite not liking him.

Morgan also doesn’t think much of the Democrats who are desperately trying to make the case that they should have Trump’s job.

They’ve stuck their heads like ostriches into the sand, and appear terrified to stick them out again lest the big bad beast of Trump shoots them down again.

So as things stand – and notwithstanding unexpected events that can derail any presidency – I am going to ignore the polls and predict Trump will win comfortably in 2020.

To all those who scoff at this prediction, I simply remind you that you all scoffed last time when I repeatedly said Trump would win despite widespread poll evidence to the contrary.

Morgan believes that Democrats haven’t fully grasped what they’re up against. “They’re brimming with the same entitled, arrogant ‘we’ll beat Trump because he’s a moron’ nonsense that Hillary spewed throughout the last campaign to catastrophic self-harm.” Morgan notes, quite accurately, that the Democrats have no message other than to demonize President Trump. “So it all feels like déjà vu to me,” said Morgan.