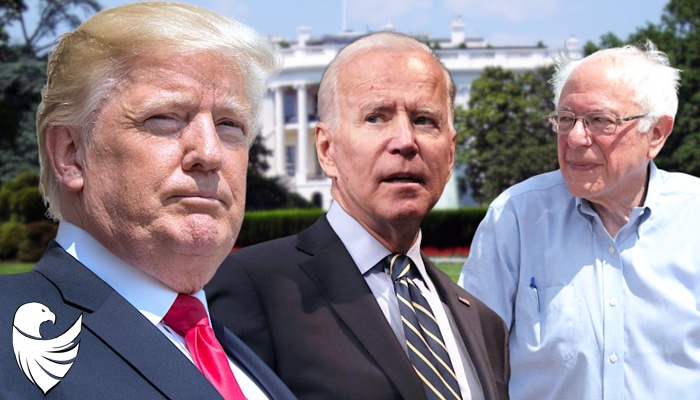 The survey was conducted in partnership with the data analytics firm 0ptimus, showing Trump’s approval rating “underwater” in Michigan, Wisconsin, and Pennsylvania.

“Given the electoral math, the Democratic nominee likely needs to win some or all of these Midwestern states to win the election,” the pollsters write.

Trump had a slight edge in Michigan, however, where he polled ahead of Sanders and Warren, but trailed Biden by one percentage point.

“Overall, we find the Democrats with narrow leads in three of the most crucial 2020 states. These numbers are more favorable to Democrats on the whole than our findings in June, but with over a year to go, the presidential race has many twists and turns in store,” the pollsters conclude.

“In each state, at least 10 percent of respondents somewhat approve of his performance. This seems to indicate that he has much more room to fall than to rise in these states,” the pollsters suggest.

The poll points out that the numbers could be related to President Trump’s Hurricane Dorian gaffe, which majorities in each state were bothered by.

The full poll can be viewed here.