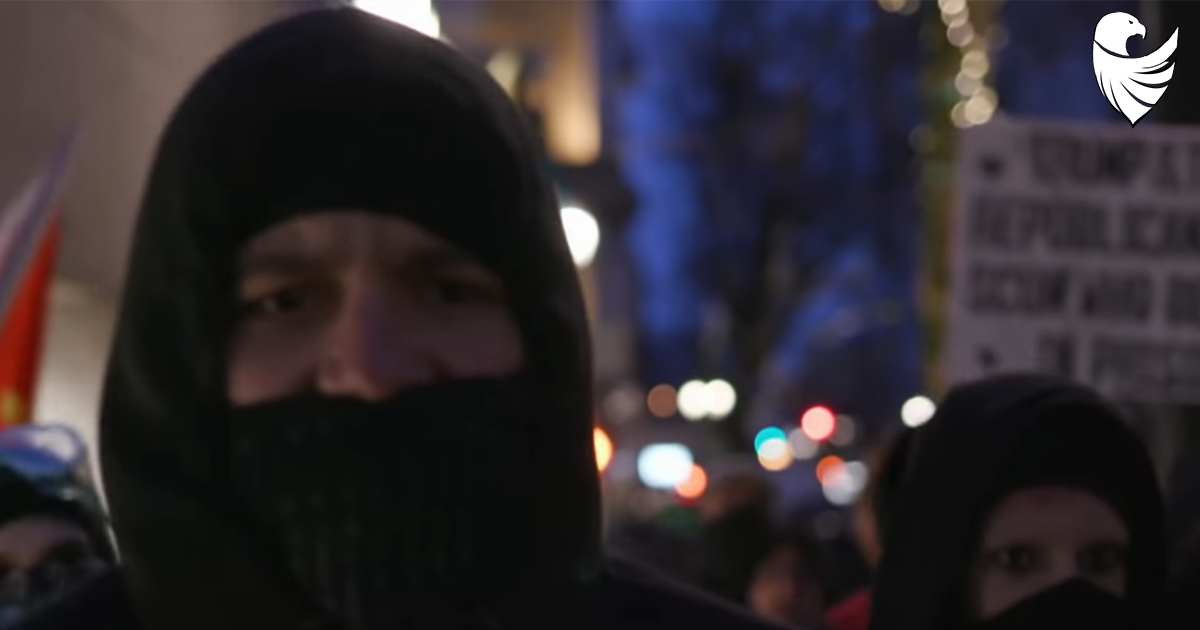 Conservative writer Andy Ngo was beaten and humiliated by Antifa thugs in a video that has now become a viral sensation.

To make matters worse, Ngo reveals he had a brain hemorrhage diagnosis after the attack.

Now, police are proposing to outlaw Antifa’s mask-wearing “uniform” that aims at protecting the identity of the left wing leaders.

Authorities in Portland, Ore., are calling for a series of laws to curb violent clashes at demonstrations that include prohibiting masks worn by protesters, allowing police to videotape demonstrations and giving the city greater control over events organized by groups with violent histories.

“We cannot allow people to continue to use the guise of free speech to commit a crime,’’ police Chief Danielle Outlaw said in a Wednesday news conference addressing last week’s violence that occurred when three competing demonstrations converged downtown.

Several people were injured in connection with demonstrations as marchers with an anti-fascist group clashed with conservative protesters with the Proud Boys and supporters of the #HimToo movement. Conservative writer Andy Ngo was assaulted by Antifa members and spent the night in an emergency room.

A man checks his phone while surrounded by police and medics after being injured during a civil disturbance in Portland, Ore., on Saturday, June 29, 2019. (Associated Press)

About 15 states and some countries have anti-mask laws, the Oregonian reported. Opponents argue such laws would deprive people anonymity to express their views and would violate their First Amendment rights.

“We looked into it previously and the constitutional free speech issues are difficult to overcome, at least in Oregon, said Tim Crail, chief of staff for Portland Commissioner Amanda Fritz.

Outlaw said the issue was a matter of public safety. Portland has been the site of several violent demonstrations between Antifa supporters and conservative demonstrators in recent months.

Ngo, who covered Antifa for the website Quillette, was kicked in the head and had objects thrown at him.

← The other point of view for migrants ← ABC, CBS, NBC & MSNBC Refuse to air 4th of July Celebration