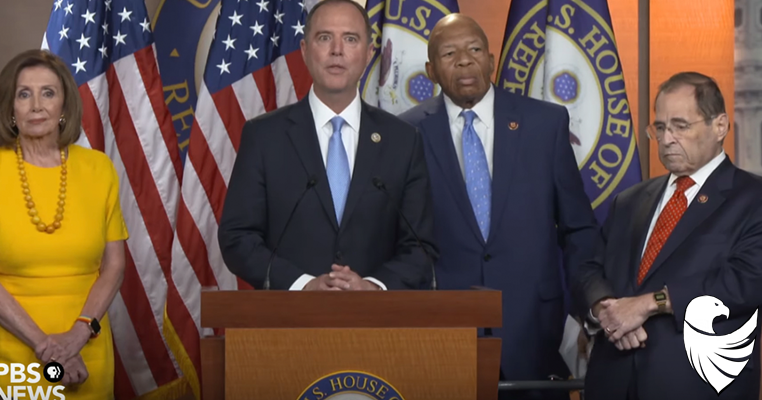 According to a report from SFGate, House Democrats are weighing steps to secure testimony from a whistleblower while making his identity.

SFGate reports House Democrats are weighing extraordinary steps to secure testimony from a whistleblower whose complaint prompted an impeachment inquiry, masking his identity to prevent President Donald Trump’s congressional allies from exposing the individual, according to three officials familiar with the deliberations.

The steps under consideration include having the whistleblower testify from a remote location and obscuring the individual’s appearance and voice, these officials said.

The efforts reflect the deepening distrust between Democrats running the impeachment inquiry of Trump and their GOP colleagues they see as fully invested in defending a president who has attacked the whistleblower’s credibility and demanded absolute loyalty from Republicans.

“There are lots of different protocols and procedures we’re looking into to find out what works and doesn’t work to protect the identity of the whistleblower,” said an official familiar with the talks. “That is paramount.”

The officials spoke on the condition of anonymity to speak frankly.

Negotiations over the whistleblower’s testimony come as House Democrats are trying to unearth as much evidence as possible before they move toward impeachment. The whistleblower’s complaint centered on Trump’s July 25 call pressing Ukrainian President Volodymyr Zelensky to investigate former vice president Joe Biden, a 2020 Democratic presidential candidate, and his son Hunter.