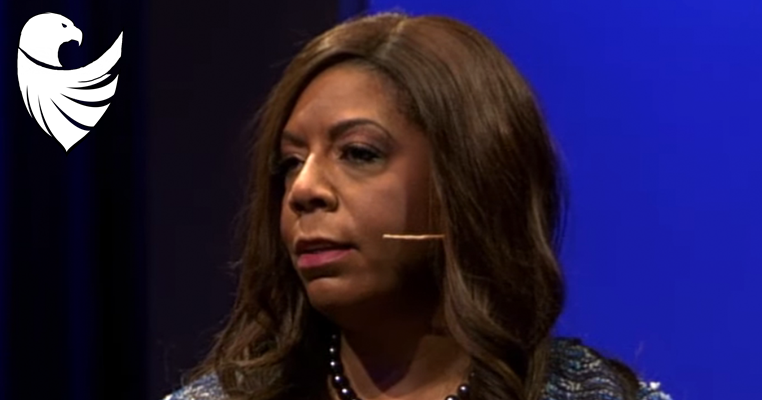 Some conservatives fear Kiron Skinner, a top State Department appointee was fired for being too determined to implement President Trump’s agenda.

Per Politico, a second Trump administration official who knows Skinner told POLITICO earlier this year that Skinner “believes very strongly in what [President Donald Trump] is trying to do on foreign policy — a resource-constrained, realist approach to the world.”

Agree. @kironskinner is a longtime colleague who, at our first meeting, graciously acknowledged our political disagreements and gracefully put them aside. She generously helped promote my first book. It’s important for all of us to make and keep friends with whom we disagree.

Rice could not be reached for a comment, but James said in a statement, “Unfortunately, this isn’t the first time I’ve seen what happened to Dr. Skinner play out in Washington.”

“I’ve only known her to be of the highest character,” James said. “Our country is better off because of her tireless work on behalf of America.”

Kiron Skinner, a top State Department appointee and respected black foreign policy scholar, was fired earlier this month, but exactly why she was fired remains something of a mystery.

Immediately after she was fired, Politico published a piece citing anonymous sources that blamed her “abusive” management style, including “making homophobic remarks” and accusing people of having affairs.

However, in the days since, supporters of Skinner have claimed there were other reasons behind her firing.

“The entire building wanted her gone,” the former official said.

The former official said the complaints about her using homophobic language were “absolutely inaccurate.”

“It’s the same exact thing they do to a lot of people in the administration, including the president. They can’t call her a racist, so they call her homophobic,” the former official said.

As far as who wanted her gone — half a dozen sources tell Breitbart News it was a mixture of appointees and career officials.

It was not a secret within the department that Skinner butted heads with Mary Kissel, a senior adviser on policy and strategic messaging for Secretary of State Michael Pompeo.

But one source said Kissel did not have the power to get her fired, and that Skinner had mismanaged her department to the point where staffers were threatening to quit if she was not removed.

It is unclear exactly who those staffers are who threatened to quit, but Politico reported it was “several” people. Sources said it was a combination of disgruntled career officials but also some other Trump appointees.

Another source said Skinner made controversial moves shortly after she arrived, such as firing people and hiring new people — which did not endear her to anyone.

She wanted to bring in scholars who had actual expertise on a region and could speak the region’s language, versus promoting State Department officials into those positions, which may have ruffled some feathers.

The source also said she had an unconventional personality that some may have found off-putting, but nothing to the level of deserving to be fired in this manner. Normally, an official of her position and stature is given weeks to leave, the source said.

Skinner’s supporters are said to be furious over her firing, particularly about rumors that she was escorted out of the building by plainclothes security guards.

“It’s extremely unusual. When is the last time anyone has been marched out of the building?” the former senior official said.