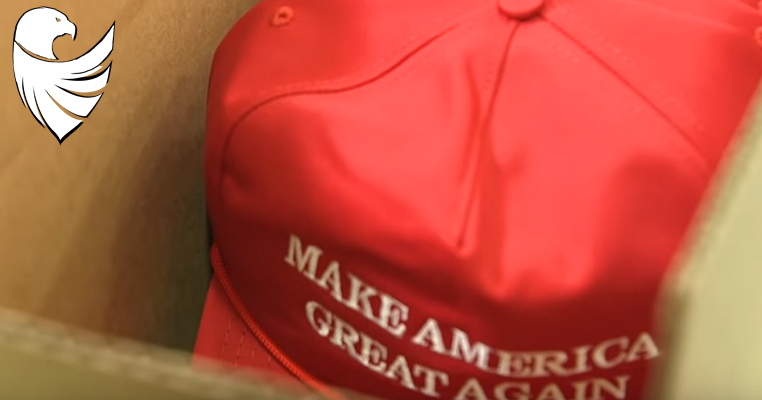 A new study from Airtasker finds more than two-thirds of hiring managers said they combed a potential employee’s social media before making a final decision. Facebook was the most frequently consulted site (91%), followed by Instagram (62%) and a near tie between Twitter and LinkedIn (56% and 55%, respectively).

If someone at the company were to find an opinion they didn’t agree with on your profile, it could have game-changing ramifications: 51% of hiring managers who leaned left and another 57% who leaned right said they would not hire a qualified candidate if they expressed a strong online opinion about a controversial political issue.

Washington Examiner reports American workers who like President Trump face sweeping bias against them, with some managers refusing to hire his supporters and those already employed facing discrimination and mockery, according to a new study.

In a survey of hiring managers and workers shared with Secrets, the marketing firm Airtasker found that left-leaning firms are especially anti-Trump, with 20% vowing to reject a job candidate who backs the president.

And those who support Trump and who are already in the workplace face substantial mockery, including name-calling. The survey listed the responses to several examples of what pro-Trump workers face: 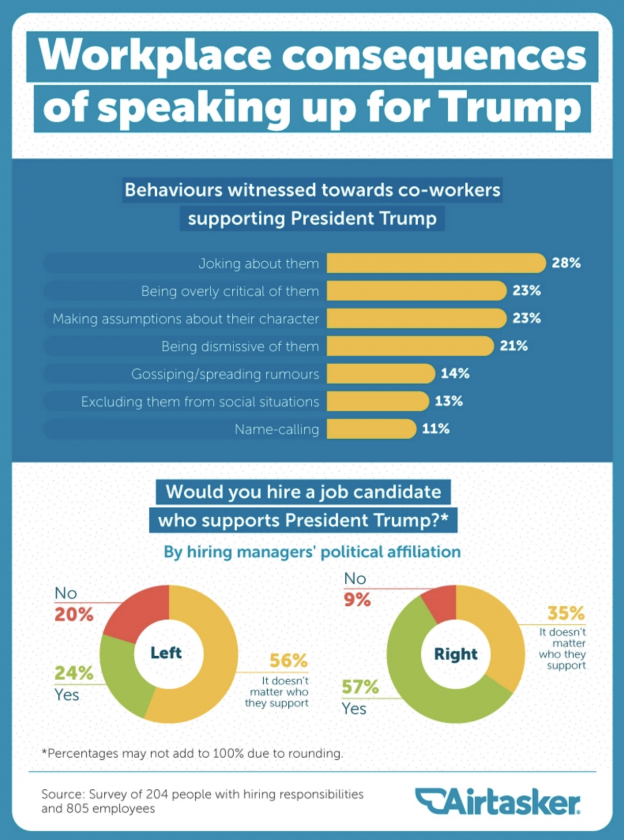 The survey found that even more than Trump, a job candidate’s view on race and gender politics will help, or hurt, their chances of getting a job.

It found, for example, that 65% of hiring managers want to know a job candidate’s position on race, and that 29% will reject a candidate if their position isn’t in line with the manager’s.

“The majority of hiring managers said it was important to understand a candidate’s stance on racial equality (65%), gender equality (59%), and LGBTQ+ rights (54%). Another 38% felt the same about immigration, and 32% would want to know about an applicant’s politics,” said the survey analysis.

← Some Believe Top State Dept. Appointee Was Fired for Being Too Pro-Trump ← BREAKING: Planned Parenthood Withdraws from Federal Funding Program