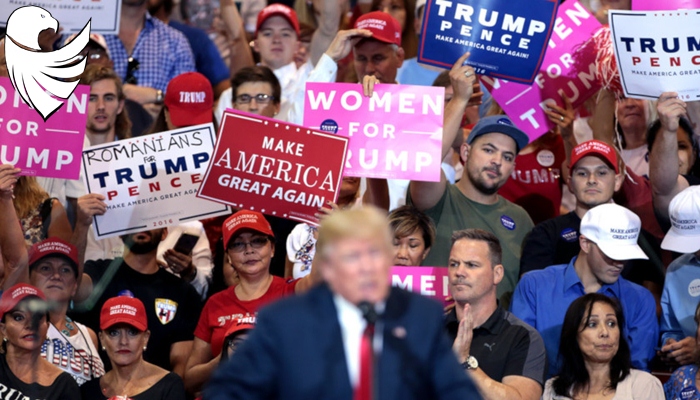 The claim from some Democrats that President Trump’s rallies have sparked a surge in hate crimes has been debunked, according to a study by the Reason Foundation.

The findings are explained in an article in Reason Magazine, which seeks to disprove a study from the University of North Texas and Texas A&M, which suggested that the president’s rallies caused a 226 percent increase in hate crimes.

Following the El Paso shooting, where the gunman explicitly claimed in his manifesto that he was not influenced by President Trump, many left-wing figures began blaming the shooting on the president’s rhetoric regardless.

The Reason Foundation replicated the study’s findings, which apparently were not available in “the original paper’s data and code,” and thus conducted the exact same study using all of the same variables. At the same time, the Reason study also conducted similar research on the impact of Hillary Clinton’s rallies, and found an even greater rate of violence in correspondence to Clinton’s events than to Trump’s events.

What Reason ultimately found is that the original study simply linked the rallies to rates of violent crime that occurred within the counties where the rallies were held. But as Reason notes, “politicians tend to hold rallies near where large numbers of people live.” As a result, the more populous counties are more likely to have high rates of crime than rural areas, thus proving that there is no correlation between rallies being held and the crime rates within those counties.

The article in Reason Magazine also admonishes journalists in the mainstream media who “ran with [the study] anyway” despite it being empirically false, saying that such errors in reporting “result in widespread, extraordinary-but-false claims in the popular media.”