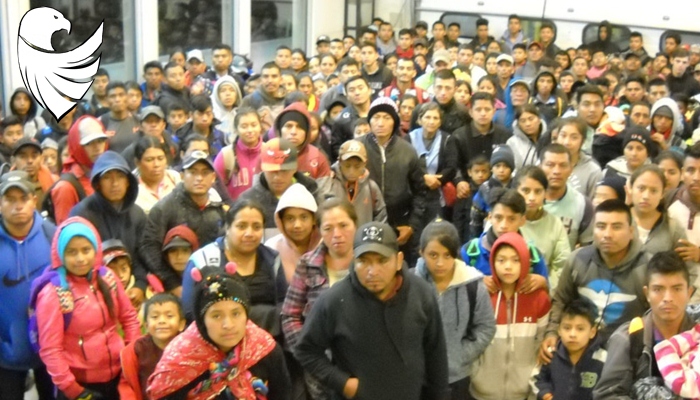 Homeland Security officials are reportedly preparing to expand DNA testing of illegal aliens in their custody, an effort to clamp down on rampant immigration fraud at the southern border.

The Trump administration is hoping to give Customs and Border Protection (CBP) agents the ability to extract DNA material from illegal aliens in their custody, according to a draft regulation obtained by BuzzFeed News. Such authorization would better help authorities crackdown on immigration fraud and prevent criminals from entering the country, but it would likely face pushback from immigrant-rights and progressive groups.

Officials within the Department of Homeland Security would use software that enables them to extract genetic material from any undocumented immigrant in their custody in only five minutes time, according to the draft regulation proposed by the Justice Department.

If the regulation is put into place, hundreds of thousands of illegal immigrants could be tested annually. Such a move could be a game-changer in dealing with the influx of family units appearing before the U.S. southern border, many of them found to be lying about their familial relations in order to skirt immigration laws.

A team of Homeland Security Investigations (HSI) agents in April were deployed to the U.S.-Mexico border to help combat immigration fraud. HSI uncovered 316 fraudulent families by June, as well as 599 bogus documents and agents presented 629 different people to the Justice Department for various criminal violations.

Border Patrol had already discovered thousands of cases of fraudulent families over a six-month period.

“It’s very clear that the cartel and smugglers know the weaknesses in our laws. They know that family units and unaccompanied children will be released with no consequences for their illegal entries,” acting Homeland Security Secretary Kevin McAleenan said in April about the situation.

This would not be the first time border officials used DNA testing to detect family fraud. A Rapid DNA test pilot program launched in May was able to yield results within 90 minutes after a cheek swab. However, that program was limited in scope, and was only conducted on migrants who volunteered.

Homeland Security did not respond to a request for comment from the Daily Caller News Foundation.