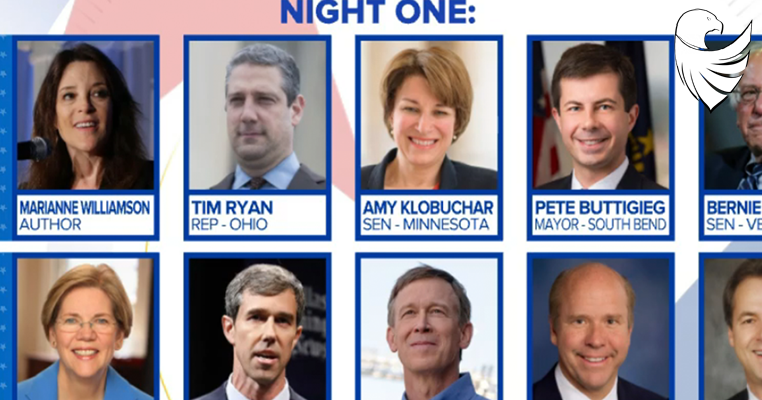 As the crowded pool of 2020 Democrats prepares to face off in the party’s second presidential debate, President Trump’s re-election campaign has dismissed his competition as “all the same.”

The scathing ad denounces Democrats’ recently-touted policies, which the Trump campaign said would “wreck America,” citing many of the radical left’s plans to enact sweeping changes to US health care, as well as massive tax hikes.

The campaign also noted the left’s growing fixation with “big government socialism,” which has served to not only galvanize conservative voters, but also to alienate moderate liberals from the party.

President Trump’s reelection campaign ran a full-page ad in two Detroit newspapers ahead of the Democratic presidential debate in the Motor City, casting the entire primary field as socialists.

The ad, which ran in The Detroit News and Detroit Free Press, says the Democratic candidates are “all the same” and support a slate of policies “to wreck America,” such as the “government takeover of health care” and “big government socialism,” and they plan on “raising taxes to pay for it all.”

It goes on to tout Trump’s accomplishments, including overseeing an economy that saw nearly 6 million new jobs, achieving the lowest unemployment rate in 50 years and “strengthening America’s trade deals.”

The ad, which comes the same day as the first night of the Detroit presidential debate, is part of the Trump campaign’s strategy to cast the entire primary field as socialists as the hopefuls debates policies like “Medicare for All,” the Green New Deal and other platforms that would magnify the role of the federal government.

Trump’s allies are banking that working early to cast the eventual Democratic nominee as a socialist will help blunt the party’s appeal to white, working-class voters in crucial swing states such as Michigan, Wisconsin and Pennsylvania, which were key to the president’s victory in 2016.

The first night of the primary debate will feature Sens. Bernie Sanders (I-Vt.) and Elizabeth Warren (D-Mass.), two high-polling candidates who have cast themselves as champions for progressive causes. Both have vowed to expand Washington’s responsibility to reduce racial and economic inequities, reverse the impacts of climate change, oversee a revamped health care system, and more.

"They're all the same" pic.twitter.com/xRE1HpQe0U