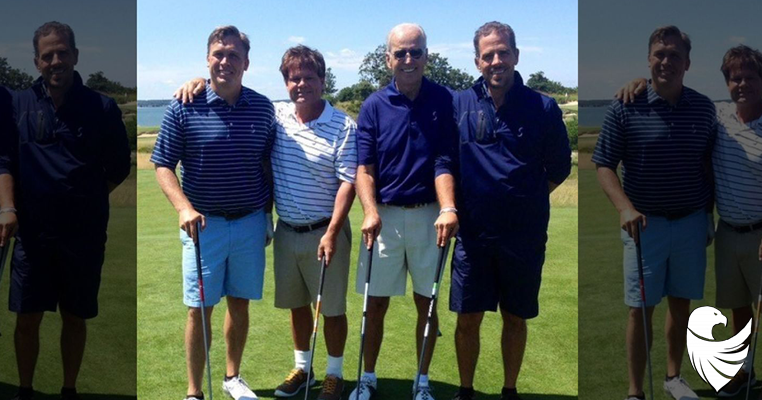 The “Trump War Room” a twitter account for the official Trump campaign shared a newly unearthed photo of the Joe and Hunter Biden golfing with a Ukranian energy executive.

The tweet shares a Fox News article about the photo and include the caption “BUSTED: Photo shows Joe Biden and son Hunter golfing with Ukraine gas company exec back in 2014.”

Fox News reports a photo obtained by Fox News’ “Tucker Carlson Tonight” shows former Vice President Joe Biden and his son Hunter golfing in the Hamptons with Devon Archer, who served on the board of the Ukrainian natural gas company Burisma Holdings with Hunter.

Earlier this month, Joe Biden told Fox News in Iowa that he never discussed his son’s foreign business dealings with him.

“I have never spoken to my son about his overseas business dealings,” Biden said, pointing the finger at President Trump. “I know Trump deserves to be investigated. He is violating every basic norm of a president. You should be asking him why is he on the phone with a foreign leader, trying to intimidate a foreign leader. You should be looking at Trump.”

Hunter Biden told The New Yorker previously that he and his father had spoken “just once” about Hunter Biden’s work in Ukraine.

A source close to Archer told Fox News the photo was taken in August 2014. Contemporaneous news reports indicate the vice president was in the Hamptons at the time.

Hunter Biden and Archer joined the Burisma Holdings board in April 2014.

Earlier this month, Trump suggested that despite his claims, Joe Biden seemingly discussed Ukraine matters with his son. The White House has sought to point to possible corruption by the Bidens, amid the House Democrats’ formal impeachment inquiry against the president.