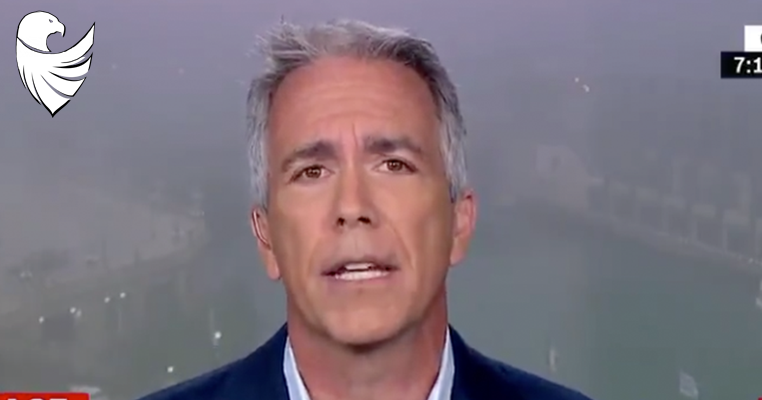 GOP Presidential hopeful Joe Walsh is upset with the party after they chose to nix the Republican primary, even going so far as to call the party “a cult.”

Appearing on CNN’s New Day, Walsh vowed to take his campaign direct to the American people.

“I’ve given up on the Republican Party,” says GOP presidential candidate Joe Walsh. “They no longer stand for ideas. The Republican Party right now is all about washing their leader’s feet every day… We’re going to take our campaign directly to Republican voters.”

"I've given up on the Republican Party," says GOP presidential candidate Joe Walsh. "They no longer stand for ideas. The Republican Party right now is all about washing their leader's feet every day… We're going to take our campaign directly to Republican voters." pic.twitter.com/oe4lMTA3TW

Walsh’s bid to unseat Trump from the right is widely considered a fringe long-shot with no historical precedence.

Per CNN, Party leaders in South Carolina, Nevada and Arizona have all expressed support for nixing their presidential primaries and are expected to make it official over the coming weeks. Leaders of the South Carolina and Nevada Republican parties will each meet Saturday to reach a decision, while the Arizona GOP Executive Committee will discuss its decision at a September 14 meeting. Kansas Republicans are also considering nixing their primary, according to Politico, which was the first to report on the moves by state Republican parties to cancel their primaries.

“This is nothing new, despite the media’s inauthentic attempt to portray it as such,” Arizona GOP Chairman Kelli Ward said. “Arizona Republicans are fired up to re-elect President Trump to a second term and will continue to work together to keep America — and Arizona — great.”

Republican leaders in South Carolina, Nevada, Arizona and Kansas have all canceled their party’s presidential primary. State parties in the past have decided to forego primary contests when there is a strong incumbent running for re-election as president.

Trump has criticized his GOP opponents, once calling Walsh a “a one-time BAD Congressman.” Walsh supported Trump in 2016, but has since called the president “unfit.”

Walsh said that the move to cancel some Republican presidential primaries shows that Trump is a “would-be dictator.”

“I always want to pinch myself and remind myself that this isn’t Russia. I do not live in Russia. I refuse to live in Russia,” he said in the CNN interview. “We can’t just cancel elections in this country. That’s what Donald Trump is doing. He’s literally canceling elections, and it’s very easy to be pissed off at Trump, but we’re used to this with Trump. He is a would-be dictator. He would like this to be Russia.”