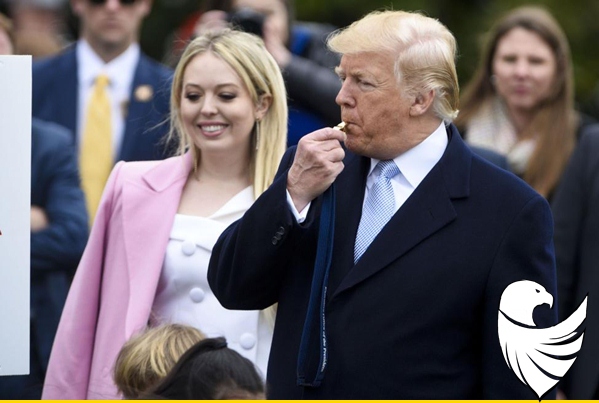 defended his ousted personal assistant, Madeleine Westerhout, and his relationship with his youngest daughter, Tiffany Trump.

Westerhout, 28, was forced to resign from her post as executive assistant to the president Thursday after it emerged that she had made comments about Trump and his family during an off-the-record dinner with deputy White House press secretary Hogan Gidley and multiple reporters.

Westerhout, who had served in the White House for two years, is reported to have told the reporters that Trump refuses to be photographed with Tiffany Trump, 25, because he considers her to be overweight. People in attendance at the meeting said Gidley had left the restaurant for an interview on Fox News at the time Westerhout made her comments.

“While Madeleine Westerhout has a fully enforceable confidentiality agreement, she is a very good person and I don’t think there would ever be reason to use it,” Trump tweeted Saturday morning. “She called me yesterday to apologize, had a bad night. I fully understand and forgave her! I love Tiffany, doing great!”

Trump made similar comments to reporters Friday as he was leaving the White House for Camp David. He denied making any negative comments about Tiffany.

“She’s going to be calling me when we get to Camp David … It’s absolutely false,” he told reporters of Tiffany and his alleged comments about her weight. “She’s a wonderful person and she studies hard.”

Trump blasted “dishonest” members of the media for disclosing Westerhout’s comments from the off-the-record dinner.

“But still, you don’t say things like she said, which were just a little bit hurtful to some people,” he said.