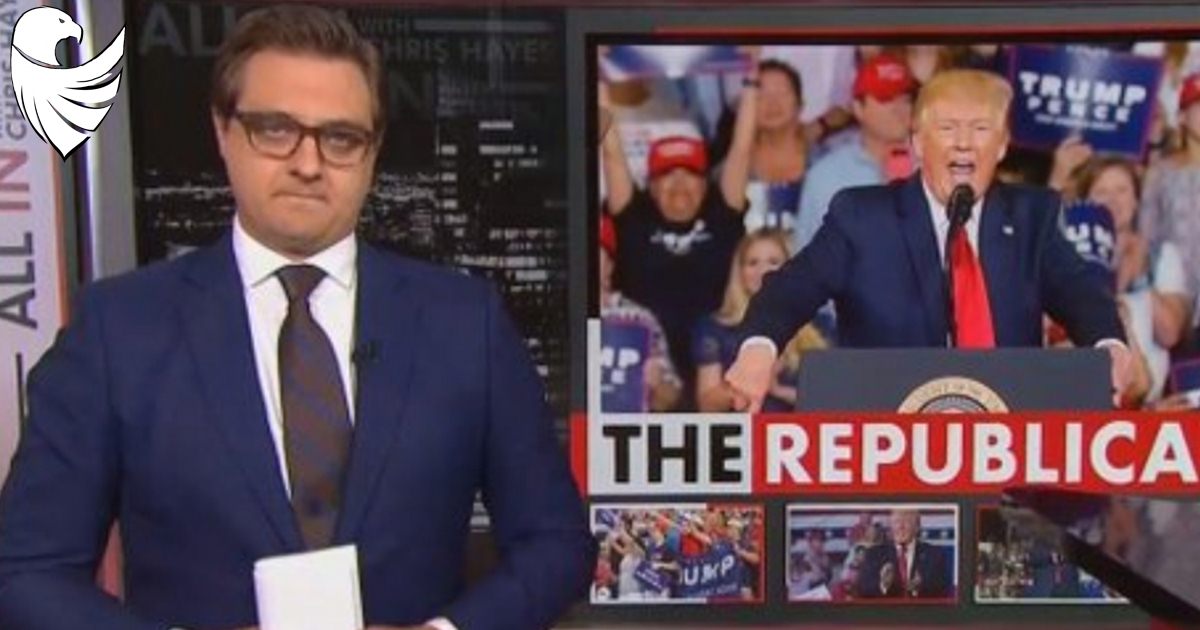 Hayes claims he was referring to Trumpism the ideology being destroyed, not supporters in a violent fashion.

I said very clearly that Trumpism, the ideology must be destroyed. That the bigotry must be confronted and destroyed. Not his supporters. The headline is wrong. There’s no way you will agree with the monologue but that’s a garbage mischaracterization.

2,450 people are talking about this

Many Trump supporters are still disgusted with the statement and they made their voices heard on social media. 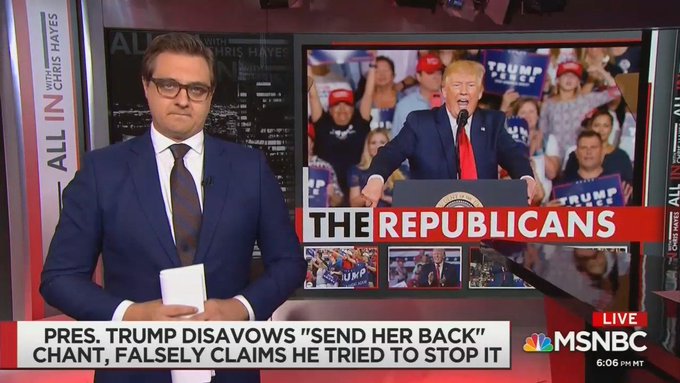 For all the idiots stating, “that’s not the full quote”, Chris Hayes knows what he is doing. He knew exactly that the “confronted and destroyed” part would what got the headlines. You dont’ “destroy” people with love and compassion. This is stupid.

Confronted and destroyed by who? The safe place crowd, the punks with faces covered with scarfs etc., the crybabies who still think Hillary won? The maggots who follow the Squad? Who, who is going to confront and destroy who? I think not…….

No the MEDIA must be confronted and destroyed! The main loser since 2016 has been the media! They are hated by most Americans. Just fact sorry media,, you made your bed now you must own it! How sad to watch an institution go so insane over one man! Haha

So, now Conservatives must be destroyed according to Democratic mouthpiece Chris Hayes. Why are Democrats so upset and full of rage and hate all the time. Always attacking especially the Squad. https://www.newsbusters.org/blogs/nb/emma-fantuzzo/2019/07/19/msnbcs-chris-hayes-trump-supporters-must-be-confronted-and …

MSNBC: Trump Supporters Must Be ‘Confronted and Destroyed’

Several days later, the liberal media still hasn’t moved past President Trump’s controversial tweets, but are instead rallying around them in opposition. MSNBC’s All In host, Chris Hayes, took a

Facebook users who support Trump were equally put off by Chris Lawrence.