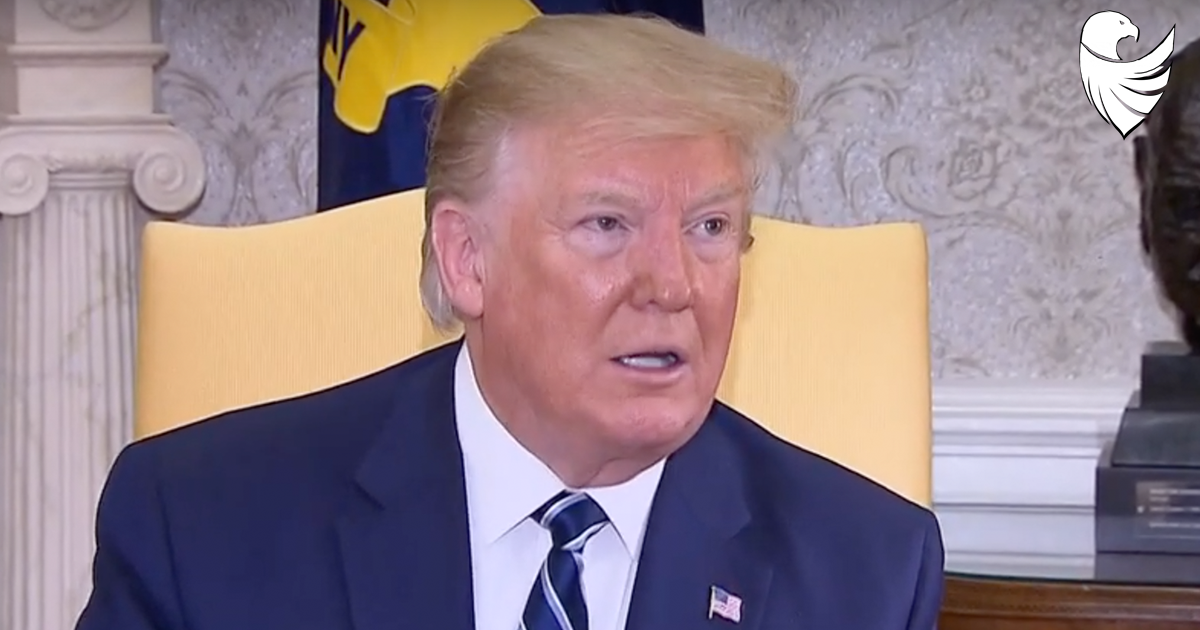 On Saturday, President Trump took to social media to announce the delay of his recently-touted plans to initiate mass deportations of illegal aliens living in the US, which he said came “At the request of Democrats.”

Trump, who previously announced the imminent deportation of a large number of illegal aliens in coming weeks, said the roundups would be delayed “for two weeks to see if the Democrats and Republicans can get together and work out a solution” to the crisis.

Citing his determination to focus on asylum and other immigration loopholes, Trump said that should negotiations with Democrats fail, deportations would then start.

At the request of Democrats, I have delayed the Illegal Immigration Removal Process (Deportation) for two weeks to see if the Democrats and Republicans can get together and work out a solution to the Asylum and Loophole problems at the Southern Border. If not, Deportations start!

47.2K people are talking about this
Trump supporters, however, were not keen on this, and took to social media to urge the president to stick to his plan.

Many pointed out that Democrats have refused to cooperate throughout the duration of Trump’s administration, and encouraged Trump to bear that fact in mind.

No! Get them out now!

345 people are talking about this

Give an inch and they take a hundred miles. Why would you give them anything when all they want is to have you OUT of the White House. I would make it as difficult for then as humanly possible.

Uhhh, get busy. If they work out a solution then you can stop.

I am not happy about this sir. Regardless of whatever weak deal is mad these people need to be rounded up aff deported

C’mon Congress. Step up. Quit posturing for the camera. Find a compromise and get your job done.

I think we have given them enough time

They are playing you , You know damn well they aren’t going to do a damn thing .
Deporting illegals shouldn’t even be a discussion , If you break the law and your an American citizen you are thrown in jail #FamilySeparation . Why are illegals getting a free pass , #DeportNow

418 people are talking about this

Always a delay. The dems are loving it!!!!

← Last month, 144,000 people were arrested at our southern border ← Trump for the Iranian provocation