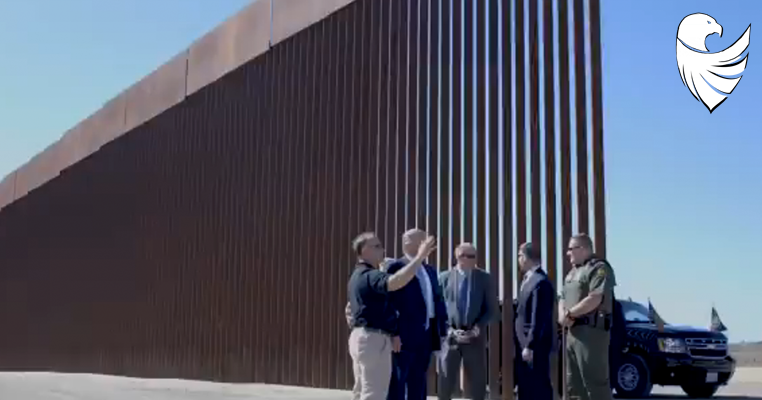 Per Breitbart, the Trump administration is putting up about a mile of border wall per day with a goal of reaching 450 miles by the end of next year, according to the Pentagon.

“Right now we’re at a pace of about a mile a day. And we’ll see that continue to go up,” said Pentagon Chief Spokesman Jonathan Hoffman during a press briefing Thursday.

President Trump traveled to the southwest earlier this week to view progress on the border wall.

“Now, the wall still, obviously, has a ways to go, but we’re building it at a breakneck speed,” he said Wednesday in San Diego during a press conference.