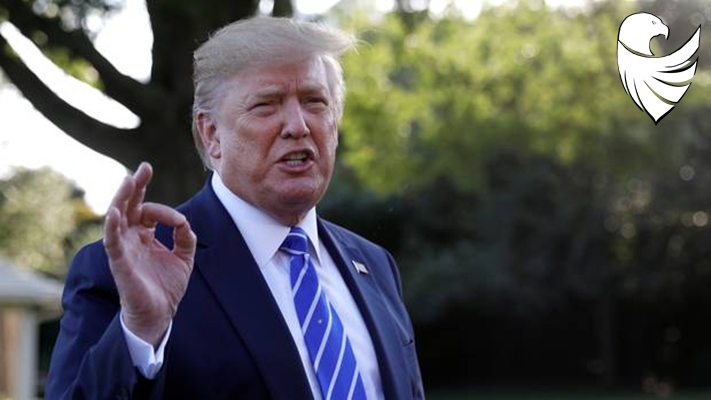 The president’s supporters don’t mind his linguistic slips, but lexicographers and grammarians worry about the permanent effect on language.

It was late May, and the president of the United States could not seem to get off Twitter. The low IQ-ness of Joe Biden. The idiocy of the Democrats. The Wall! The opinions spewed forth like unguided missiles, delighting those who support Donald Trump and dismaying those who do not.

As he followed along from Texas, Bryan A. Garner, the author of Garner’s Modern English Usage, could feel his blood pressure steadily rising. But it was a particular phrase in a particular presidential tweet about Senator Mark Warner, D-Va. — “their is nothing bipartisan about him” — that sent him over the cliff of indignation.

“You mean, ‘There is nothing bipartisan about him,'” Garner tweeted back, directly addressing the president. “Not ‘their,’ which is the possessive form of ‘they.’ Wouldn’t it be worth $75,000 a year to pay for a Presidential Proofreader so that you’ll have the semblance of literacy?”

Mr. President (⁦@realDonaldTrump⁩), you mean “There is nothing bipartisan about him.” Not “their,” which is the possessive form of “they.” Wouldn’t it be worth $75,000 a year to pay for a Presidential Proofreader so that you’ll have the semblance of literacy? pic.twitter.com/X8Zy9SZSJC

At a time when nerves are stretched to the point of snapping and every political issue seems to verge on the apocalyptic — climate change; immigration; gun violence; race relations; what the president said or claimed to say or did not say about China — it might seem needlessly picayune to dwell on the writing style of the occupant of the White House.

But for people who care about the English language and how best to use it, Trump’s continual flouting of even basic writing conventions is a serious matter indeed. Trump’s impulsive tweeting and concomitant error rate seem to have grown this year as his frustrations with topics that upset him, from the Mueller report and House Speaker Nancy Pelosi to immigration and 2020, have intensified. On Friday, in a bad-tempered Twitter screed about one of his current preoccupations, the Federal Reserve, he wrote that he was “reigning in” bad trading partners. On Saturday morning, he congratulated Sean Hannity on “being the number one shoe on Cable Television!,” though the message was later corrected.

After he has spent nearly three years in office, Trump’s critics ask, why does he remain intent not only on making egregious errors, but also on deliberately failing to correct them? Leaving aside its splenetic tone and in-your-face ad hominem attacks, knee-jerk defensiveness and ugly, dog-whistle language, why is so much of the direct communication from the president to the world heaving with bad grammar, bad spelling, bizarre punctuation, muddy diction and inexplicable random capitalization? 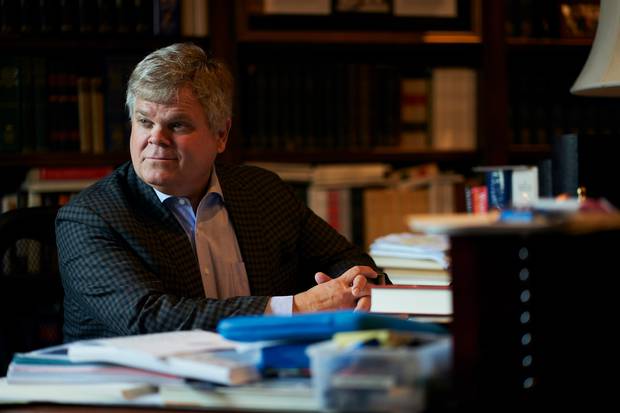 “If you care about literacy and the correct and accurate use of language, then this president has got to be driving you crazy, regardless of your political point of view,” Garner, who says he is apolitical but considers himself a liberal Republican, said in an interview.

The Democrats hope that in 2020 the country will elect a new tweeter in chief, perhaps even one who knows how to spell. But Trump’s Twitter style has served him well with supporters who applaud his maverick resistance to rules. So far, no other politician has managed to pull off his sui generis mix of pugnacious content and my-way-or-the-highway approach to English composition.

“He is not writing standard English the way you and I would do it, but he’s clearly an effective communicator, and it’s clearly working,” said Peter Sokolowski, a lexicographer and the editor at large at Merriam-Webster. “A lack of respect for convention is what his supporters like about him, and his rhetoric does seem to ring true with his persona and his character.”

Trump is not the first president whose use of language has provoked ridicule and dismay. Former President Bill Clinton claimed there were different ways to define the word “is.” 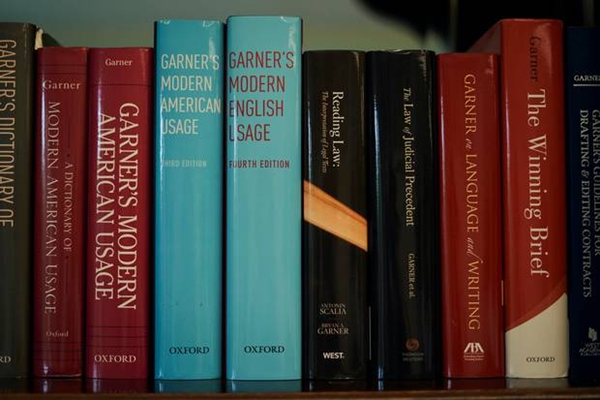 Former Vice President Dan Quayle believed the word “potato” had an “e” at the end and did not seem to care that his home mailbox identified his family as “The Quayle’s.” And former President George W. Bush once declared, with inadvertent accuracy: “Rarely is the question asked: Is our children learning?”

“We’ve always had presidents who commit embarrassing verbal gaffes, like George W. Bush’s ‘misunderestimate,'” said Jonathon Owen, a linguist, editor and writer. His biggest Trump-related irritation, he said, is how the president “uses parentheses to restate or explain things that weren’t unclear,” as in the tweet: “I love the White House, one of the most beautiful buildings (homes) I have ever seen.”

“But what I think bothers me most about Trump’s sloppiness is that it seems so deliberate,” Owen added, via email.

Indeed, rather than being embarrassed, the president seems to be proud of his mistakes — or even to believe that because he has committed them, they are not mistakes at all. This makes him a poor role model, said the lexicographer and writer Kory Stamper. “After he won the election and his writing style came under scrutiny, people said that once he took office, he would rise to the occasion,” she said. “But you can see that some of the things he does have gotten worse, like the rampant capitalization of weird words.” 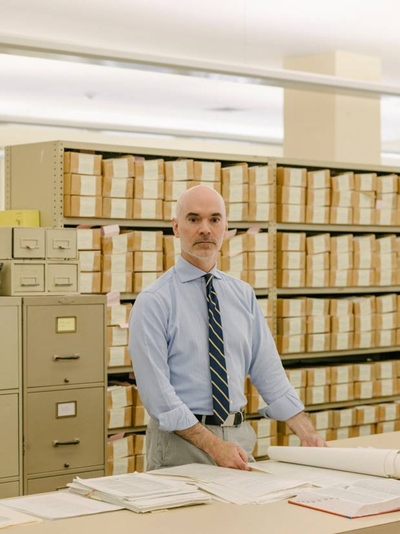 A report last year said that members of the president’s staff sometimes deliberately add errors to the tweets they ghostwrite for him, to make them seem authentically presidential. It’s unclear what criteria the White House uses to decide what tweets merit copy-editing interventions. Someone corrected Trump’s tweet calling Joe Biden “Joe Bidan”; nobody did anything when he used “council” instead of “counsel.” Sometimes the incorrect words sit out there, enshrined forever on Twitter. “Principal” for “principle.” “Covfefe” for whatever.

Trump’s language philosophy brings to mind the approach of Humpty Dumpty, the giant bloviating egg in Lewis Carroll’s “Through the Looking-Glass.” When Alice questions his claim that (among other things) “glory” means “a good knock-down argument,” Humpty declares that when he uses a word, “it means just what I choose it to mean — neither more nor less.”

The president, too, appears to feel that he is the master of his prose, not the other way around.

“After having written many best selling books, and somewhat priding myself on my ability to write, it should be noted that the Fake News constantly likes to pour over my tweets looking for a mistake,” he tweeted last year, successfully managing to both dangle a modifier and misspell a four-letter word in the course of a single sentence. 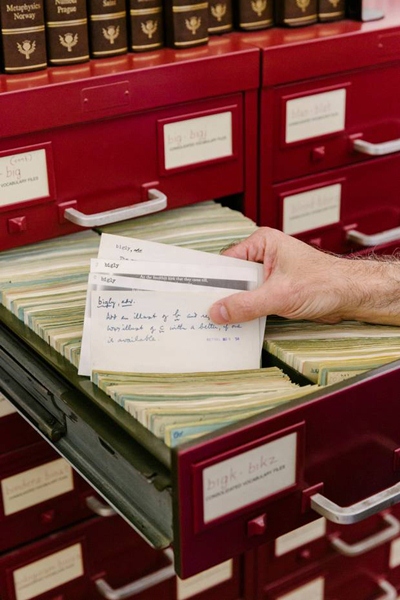 As for his creative capitalization technique, he wrote, “I capitalize certain words only for emphasis, not b/c they should be capitalized!”

That is not the correct way to capitalize, said Mary Norris, the former New Yorker copy editor who wrote “Between You & Me: Confessions of a Comma Queen.” Norris’ particular Trumpian pet peeve, she said, is how the president has taken one of her favorite devices — the distinguished Homeric epithet, as in “swift-footed Achilles” — and used it to lob insults at his enemies, as in “Crooked Hillary” and “Lyin’ Ted.”

“Trump thinks he can get away with stuff simply because he does it,” she said. “But he’s not king of the language. He’s not king of anything. And who took Humpty Dumpty seriously in the long run? He’s famous, of course, but only for being all cracked.”

Anyone who spends any time in the roiling waters of Twitter knows that many Trump critics are eager to point out the president’s linguistic and other missteps. One of these is Benjamin Dreyer, the copy chief of Random House and the author of the best-selling book “Dreyer’s English: An Utterly Correct Guide to Clarity and Style.” 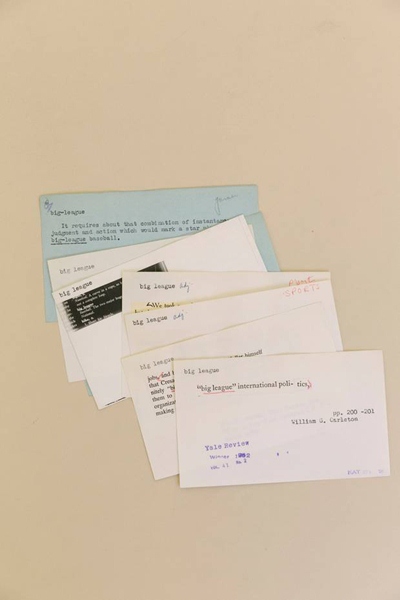 Dreyer said that correcting the president’s errors in real time helped him channel some of the anger he feels when he thinks about Trump’s policies.

“It gives me the chance to make fun of something that I find truly horrifying,” he said. “It’s like releasing a valve on the pressure cooker.”

Beyond the questions that Trump’s Twitter feed raises about his relationship to matters of writing style, Sokolowski, the lexicographer at Merriam-Webster, said that there is a larger issue here.

At a time of “self-evident transgressions against truth,” when even facts are up in the air, he said, the president’s approach also draws attention to the importance of individual words and their meanings. George Orwell touched on the point in “Politics and the English Language,” about the relationship between the way people think and the way they speak and write. “If thought corrupts language,” he wrote, “language can also corrupt thought.”

Stamper said she would like to feel that even a political leader she disagrees with would show some respect for the conventions of the English language.

“Trump seems to flout the rules of everything, so we’d like him at least to have a basic grasp of English composition,” said Stamper, who said she was particularly pained by the president’s habit of calling the wall “Wall,” as if it were some sort of anthropomorphic fence — or a military acronym, like NORAD.

“So just punctuate correctly!” she continued. “Put a period there instead of a comma.”

Some Trump supporters seem to regard his tweets as cryptic puzzles, à la the film “National Treasure” or the book “The Da Vinci Code.”

Trump himself encouraged that notion when he implied that his 2017 “covfefe” tweet was not a mistake and had some sort of supersecret meaning.

“If you are the president of the United States, your words have power,” she continued. “Whatever you say will be judged by future generations. It would be nice if we were not judged by ‘covfefe.'”