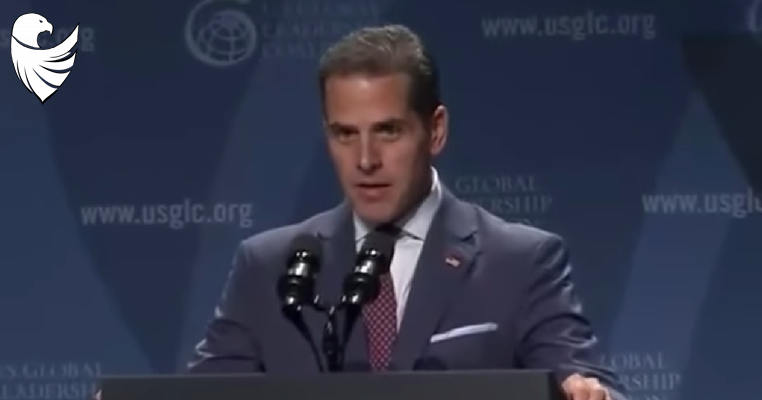 By Jonathan Turley – Opinion – The Hill

: The mere mention of his name seemingly triggers the vapors among cable TV hosts and their guests.

When President Trump turned to the Bidens and Ukraine in a speech, MSNBC host Nicolle Wallace cut off the coverage, declaring she had to protect the listeners: “We hate to do this, really, but the president isn’t telling the truth.” When Sen. John Kennedy (R-La.) tried to answer a question about the Ukraine scandal by referencing the Bidens, “Meet the Press” host Chuck Todd angrily told him not to “gaslight” the nation.

The Bidens, simply, are not what well-bred people discuss in polite company, apparently. Indeed, many journalists seem to be channeling not Edward R. Murrow, the fabled CBS newscaster, but Florence Hartley, the author of “The Ladies’ Book of Etiquette, and Manual of Politeness” in 1872. Hartley warned her readers to “avoid, at all times, mentioning subjects or incidents that can in any way disgust your hearers.”

For news shows on MSNBC, CNN and other cable networks, nothing is more disgusting than the mention of what Hunter Biden actually was doing in Ukraine.

For those brave enough to read on, I wish to dispense with one threshold issue: I was critical of claims over the last three years of “proven” crimes and impeachable offenses in the Russia investigation. However, the first day that Trump’s Ukraine call was disclosed, I stated that — if a quid pro quo were proved — the alleged self-dealing with military aid would be an impeachable offense. My point: Raising concerns over Hunter Biden does not mean you are excusing Trump’s actions.

What is most remarkable about the paucity of coverage of Hunter Biden’s dealings is the conclusory mantra that “this has all been investigated.” Many TV hosts prefer to focus on President Trump’s dubious claim that former Vice President Joe Biden forced the firing of Ukraine’s chief prosecutor to protect his son. I, too, fail to see compelling evidence to support Trump’s charge.

There is, however, that other problem of Hunter Biden landing a windfall contract with one of Ukraine’s most corrupt figures after his father took charge of potentially billions in U.S. loans and aid for Ukraine. That is what no one seems to want to discuss.

Indeed, the Biden campaign has been remarkably open in demanding that news organizations stop airing interviews or publishing articles about the allegations. Instead of calling it “fake news” (which is virtually copyrighted by Trump), the Biden campaign calls such coverage “conspiracy theories.”

Thus, the campaign wrote to various networks, demanding that they stop airing interviews on the scandal with figures such as Trump attorney Rudy Giuliani. Kate Bedingfield, deputy manager of the Biden campaign, also denounced The New York Times for publishing an op-ed by author Peter Schweizer on the controversy. The campaign apparently expected the Times and the networks to fall in line and bar others from even expressing a view.

Most recently, the campaign fired off letters to Facebook, Twitter and Google, demanding that they take down Trump ads referencing the Hunter Biden contracts. This normally would be viewed as unbridled hubris and arrogance — except that many TV news hosts are doing precisely what the campaign has demanded.

When Rep. Lee Zeldin (R-N.Y.) raised the issue on CNN, host Erin Burnett cut him off: “There is no evidence of Joe Biden doing anything wrong, and this is something that has been looked into, and I think — I want to make a point here — I think what we need to talk about right now is what did the president right now do or not do.” Other CNN hosts have repeated the line of “no evidence of wrongdoing” like a virtual incantation.