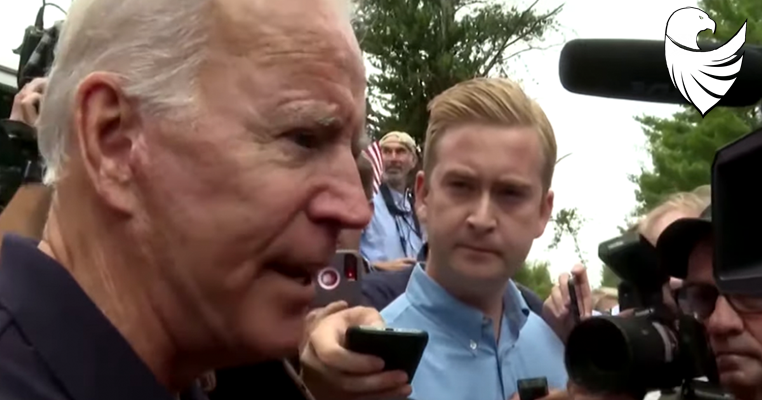 Joe Biden ripped President Trump, boasting “Trump’s doing this because he knows I’ll beat him like a drum.”

Both Joe Biden and his son’s connections to the Ukraine and Trump’s recent dealings with the prime minister leading to the reported “whistleblower complaint” have been top media news stories as of late.

Trump added “This is the real and only story!”

This is the real and only story! pic.twitter.com/4z8eOcm6PA

Chron reports Joe Biden hit back Saturday after being swept up in President Donald Trump’s latest national controversy, providing an early look at how he’ll respond to Trump’s attacks.

Last week, The Washington Post reported that Trump pressured Ukraine’s president to investigate a company with ties to Biden’s son Hunter. Trump’s request seemed designed to elicit damaging information about a political rival ahead of the 2020 election.

Biden, the top-polling 2020 Democratic presidential candidate who beats Trump in head-to-head matchups in battleground states and nationwide, said Saturday that if the president did that, it’s only because “he knows I’ll beat him like a drum.”

Biden also challenged Trump to release a transcript of his phone call with the Ukrainian leader.

Biden found himself at the center of a massive political scandal that includes unfounded accusations spread by Trump and his allies that Biden used his influence as vice president to help his son with a business deal.

Trump and his allies reportedly asked Ukrainian President Volodymyr Zelensky to look into Biden’s efforts in 2016 to convince Ukraine to fire its top prosecutor, who at the time was also investigating a natural gas company that employed Hunter.

Biden said he knew nothing of his son’s business deal and was acting on behalf of the United States, which saw the prosecutor as ineffective at stamping out corruption.