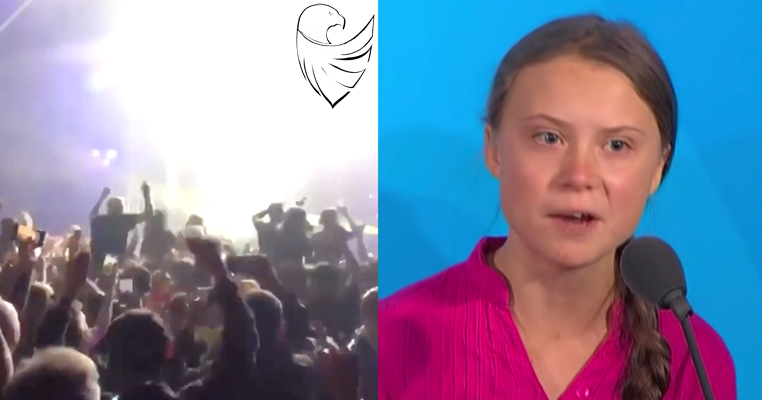 NY Post reports Greta Thunberg has made it to her first rave.

On Friday at a show in Gateshead, England, the DJ unveiled the mix of his iconic 1998 track “Right Here, Right Now” with Thunberg’s voice added.

A fan posted a video from the show, showing an enthusiastic crowd cheering and “singing” along with Thunberg.

Per Yahoo, Greta Thunberg is the bookmakers’ firm favourite to win the 2019 Nobel Peace Prize on Friday and become the youngest ever laureate, but some experts believe her youth could count against her.

If she wins the 16-year-old climate activist, who went from anonymity in her native Sweden to leader of a global movement in little more than a year, will join the likes of Nelson Mandela, Jimmy Carter and Mikhail Gorbachev.

Henrik Urdal, director of the Peace Research Institute Oslo, was among those who expressed doubts, saying the prize committee would have to consider the impact the honour would have on such a young person and could award it jointly.

“She is relatively young and the committee, if they are considering her candidacy, might want to share the attention and the burden,” he said.