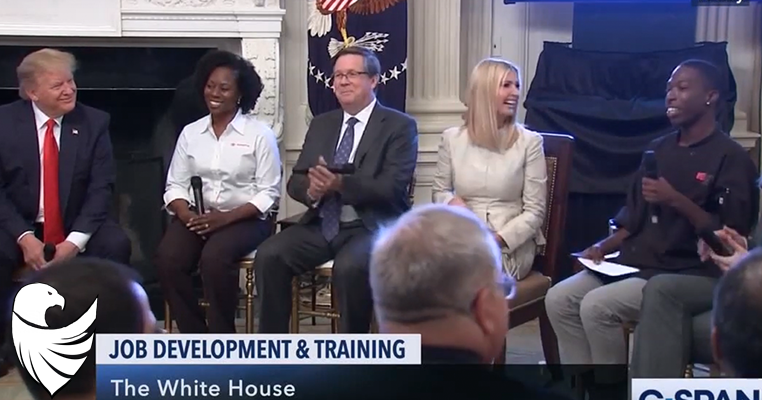 This week, at a White House event celebrating the Trump administration’s efforts to help get Americans back into the workforce, Orlando teenager Johnny Brummit spoke candidly about how the job training program has made a positive difference in his own life.

The 19-year-old Brummit discussed his graduation from a culinary training program, which ultimately lead to a gig at an upscale Florida restaurant, as well as multiple promotions.

“I wanted to do better for myself, and for my family,” explained Brummit. “I knew what I wanted to do, but I didn’t know exactly how far I could go, and if it was [available] for me.”

“Everything is a little overwhelming right now, but I wanted to let people know: no matter where you come from, you’ve got to keep pushing,” said Drummit, who plans to someday open his own catering company.

A 19-year-old chef from Orlando got the chance to speak during an event at the White House on Thursday.

Johnny Brummit spoke in front of President Donald Trump to celebrate the one-year anniversary of the President’s Pledge to America’s Workers.

Brummit is the youngest of four children and grew up in subsidized housing.

The President’s Pledge is to help train and develop skilled workers.

Brummit was one of four individuals chosen to speak at the event to explain how the pledge helped them succeed.