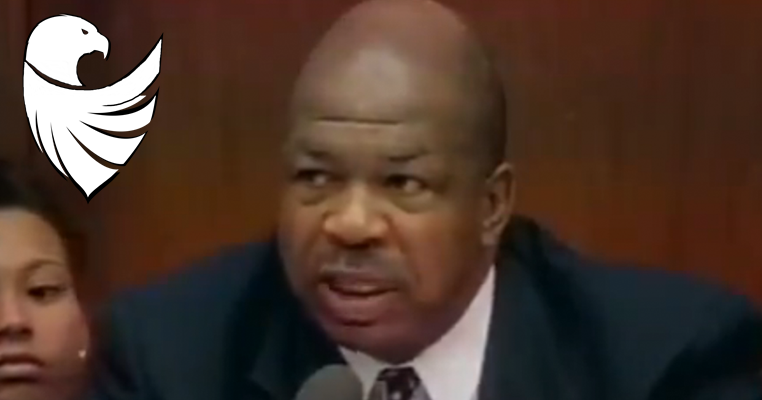 On Wednesday, President Trump’s campaign released newly uncovered video from a 1999 Congressional hearing, during which Democrat Rep. Elijah Cummings lamented the condition of the city of Baltimore.

“This morning, I left my community of Baltimore: a drug-infested area, where a lot of the drugs we are talking about today have already taken the lives of so many children,” said Cummings.

The Maryland Democrat went on to declare that “The same children that I watched 14 or 15 years ago, as they grew up, now [are] walking around like zombies.”

Curiously, Cummings’ use of the word “infested” has raised eyebrows among conservative pundits, in light of the media and Democrats’ outrage over similar remarks made by President Trump while condemning the dilapidated city.

Democrat Rep. Elijah Cummings in 1999: “This morning I left my community of Baltimore, a DRUG INFESTED area” where people are “walking around like zombies.” pic.twitter.com/MGUDfXL7UC

The irony of Cummings’ comments was not lost on conservatives, who flocked to social media to opine.

Many pointed out that after 20 years of service as an elected representative, Cummings appears to have done little to address the sweeping troubles faced by the city of Baltimore.

People like Sharpton and Cummings need those zombies for Federal funds.

Isn't that racist?
He's saying those people are INFESTING Baltimore?
If he KNEW about it, why didn't he FIX IT?

So…. if you @RepCummings have held a position of leadership since 1999 or before and the problem remains or is worse… wouldn’t that be INCOMPETENCE on YOUR part? How can you sleep knowing you’ve allowed this to continue. This is on YOU!

Well, I hate to tell Elijah this, but he’s a Raaacist ACCORDING TO HIM! 😂

The only thing that has change in 20 years is his bank account. I’m sure he’s sitting pretty behind the scenes!

20 years later when he left to go to Italy, it's still a drug-infested area.