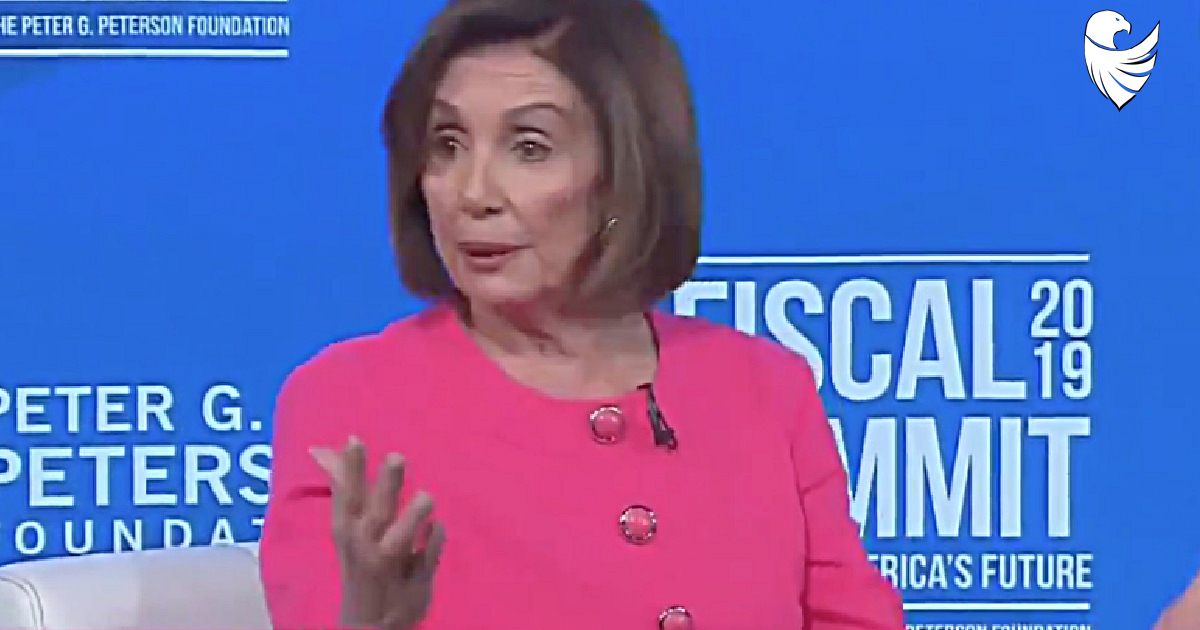 House Speaker Nancy Pelosi says she’s done with President Trump because he criticized her while he was overseas on D-day.

However, President Trump was likely responding to Pelosi’s declaration that she wanted to see Trump in prison.

Politico reported that Pelosi told senior Democrats that she’d like to see President Donald Trump “in prison” as she clashed with House Judiciary Chairman Jerry Nadler in a meeting on Tuesday night over whether to launch impeachment proceedings.

Pelosi met with Nadler (D-N.Y.) and several other top Democrats who are aggressively pursuing investigations against the president, according to multiple sources. Nadler and other committee leaders have been embroiled in a behind-the-scenes turf battle for weeks over ownership of the Democrats’ sprawling investigation into Trump.

Daily Caller reported that on Tuesday, Pelosi said that she is “done” with President Donald Trump after he called her a “nasty” and “vindictive” person while commemorating the 75th anniversary of D-Day in Normandy, France.

“We never criticize a president of the United States when we are overseas,” Pelosi said during an interview with CNN’s Manu Raju at the Peter G. Peterson Foundation’s annual Fiscal Summit. “The president took a different tack. I’m done with him. I don’t even want to talk about him.”

Pelosi struggled to get the words out, during an interview with CNN’s Manu Raju at the Peter G. Peterson Foundation’s annual Fiscal Summit.

WARNING THIS VIDEO IS NOT ALTERED:

Pelosi says she’s done with Trump, while chewing on her tongue, slurring and struggling to pronounce simple words.