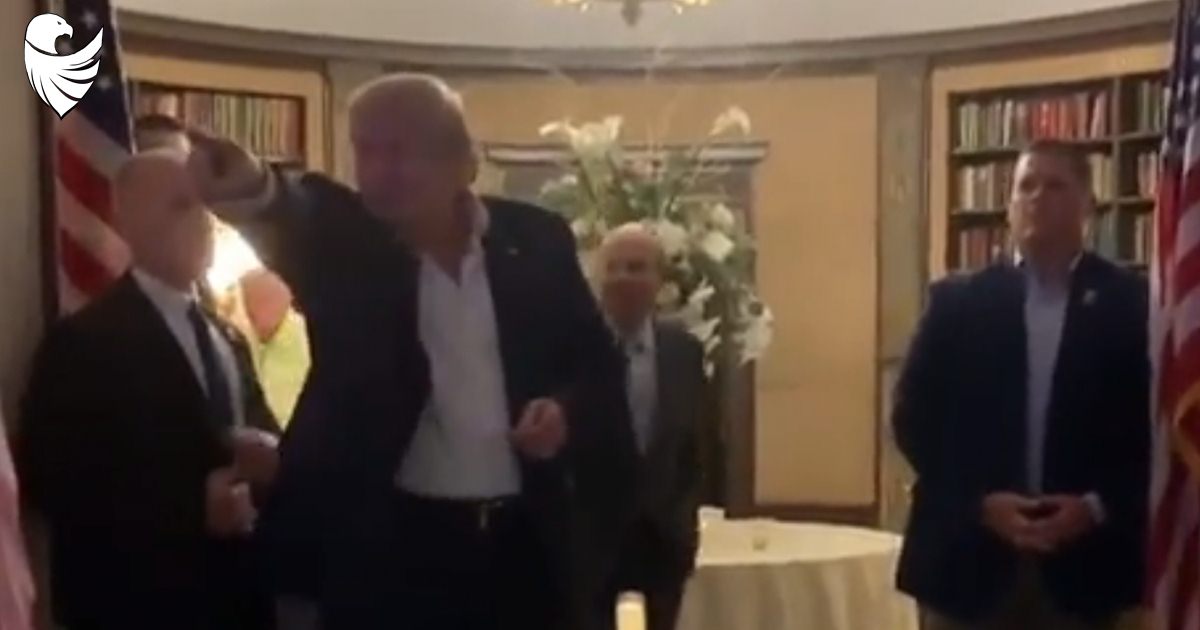 President Trump gave a happy couple the surprise of their lifetime when he stopped in at their wedding day at Trump National Golf in New Jersey.

The video was an instant viral hit on Instagram.

After a tumultuous and bizarre week in Washington, President Trump unexpectedly dropped in on the wedding of PJ Mongelli and Nicole Marie Mongelli on Saturday night at the Trump National Golf Club Bedminster in New Jersey, as enthusiastic attendees broke into chants of “USA.”

Fox News is told the bride and groom are huge fans of the president, had dreamed of him attending their wedding and got engaged at the golf club in 2017. Flags and pro-Trump banners could be seen at the event.

The bride said she’d sent numerous requests to the president in hopes he would attend — and that Trump ended up paying two visits to separate wedding events. At the first event, he vowed to show up to the second, and kept his word.

As Trump talked with members of the family, a man approached him and shouted, “I’m the father, I’m the father! Thank you so much!”

“Great job. You did a good job,” Trump responded.

In videos posted to social media, Secret Service agents were seen keeping most attendees at bay while the bride and groom approached Trump and hugged him.

“Where’s the groom? Handsome — look at his shoulders,” Trump said. “Nobody’s gonna mess with him.”

“Staten Island is the greatest,” Trump said, when the groom told him told hundreds of guests from the borough would be attending a party later. “I love it. I’ll see if I can stop by.”

Trump, indeed, did stop by the second event, as the crowd erupted into a “USA!” chant.