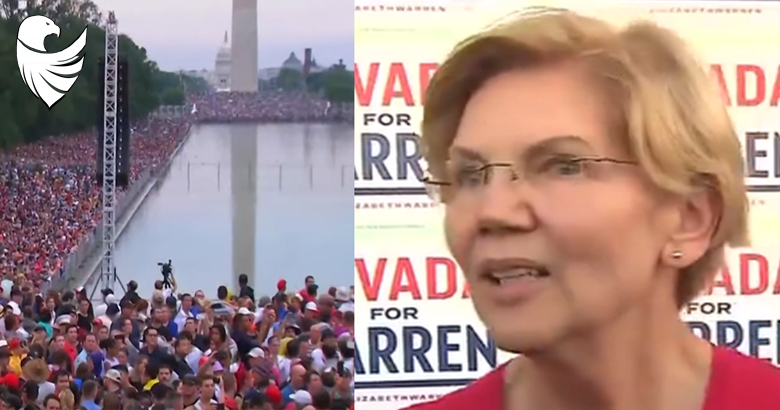 Elizabeth Warren claimed Thursday that President Trump’s “Salute to America” 4th of July celebration was a “campaign event” for the President.

She told the Hill this is due to Trump “handing out tickets to his big donors.” 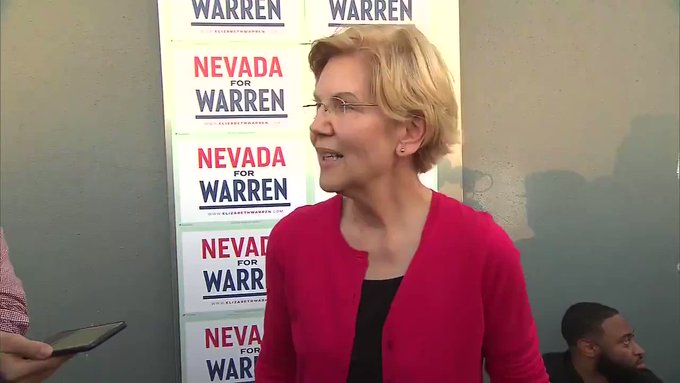 In case you missed it, President Trump braved harsh rainy weather to deliver an inspirational speech on the 4th of July.

Liberal media focused much of their coverage on protests and liberal distaste for Trump’s use of tanks as props in the celebration.

“Thank you. We will always be the people who defeated a tyrant, crossed a continent, harnessed science, took to the skies, and soared into the heavens. Because we will never forget that we are Americans and the future belongs to us. (applause) The future belongs to the brave, the strong, the proud and the free. We are one people chasing one dream and one magnificent destiny. We all share the same heroes, the same home, the same heart, and we are all made by the same almighty God. (cheers and applause) From the banks of the Chesapeake to the cliffs of California, from the humming shores of the Great Lakes to the sand dunes of the Carolinas, from the fields of the heartland to the Everglades of Florida, the spirit of American independence will never fade, never fail, but will reign for ever and ever and ever. (cheers and applause)”