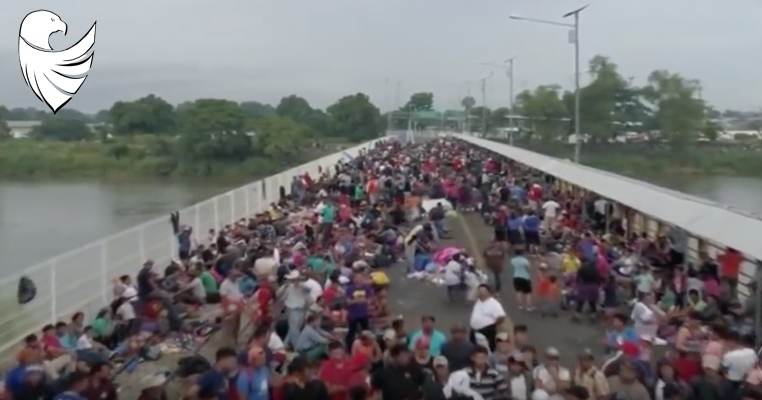 In May, DHS began a DNA testing pilot program to address the growing issue of “fake families” at the border and potential for child abuse.

Now, the Trump administration is further clamping down by looking to end a “catch and release” legal loophole allowing illegal families to enter the U.S. Under the new plan the family would be detained together.

FoxNews reports the Trump administration on Wednesday plans to end a legal “loophole” that has allowed illegal-immigrant families to enter the U.S., according to reports.

The action would replace a court order known as the Flores Settlement that has helped create a “catch and release” policy regarding immigrant families.

Under the new planned policy, migrant families could be detained together while immigration judges consider their cases, instead of being released after 20 days, as stipulated under Flores.

“President Trump has made it clear that he’s going to secure America’s border at all cost and this rule plays a vital role in the strategy to restore the integrity to our immigration system and our national security,” an administration official told the Washington Times.

New national standards for detention housing for families will be part of the plan, the Daily Caller reported.

The Flores Settlement refers to a 1980s case in which a girl named Jenny Flores, then 15, was detained with adults by U.S. authorities after she fled El Salvador. Beginning in 1997, the Flores Settlement called for migrant children to be sent to care programs after 20 days, and be given access to medical treatment and visits with relatives.