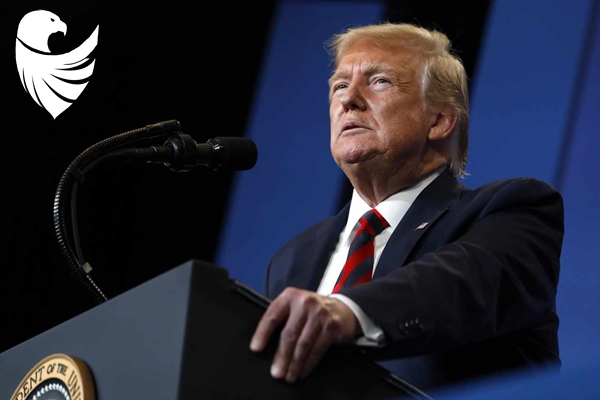 The New Testament tells us that “faith is … the evidence of things unseen.”

If that is true in politics, then the faith of Trump supporters that he will be reelected is based on what was unseen and unheard on the Democrat debate stage in Houston on Thursday — namely, the thriving economy and the many other accomplishments of this administration.

Admittedly, being a Trump supporter sometimes tests your faith. When the polls consistently show your candidate — your president — running behind every Democratic candidate — even Liliputian Beto O’Rourke — by eight, nine, 10 points, then yes, you could be forgiven for having moments of doubt.

But doubt is the foundation of clear thinking. Only by questioning every premise — and discarding those that cannot bear weight — do you build an edifice of belief worth living in.

The premise of the Democrat debate was that President Trump is a white supremacist, that his supporters are racists, and that the Constitution is a catalog of suggestions that can be ignored by an all-knowing tyrant like Kamala Harris, who wants to eliminate assault weapons (and the Second Amendment) by executive order.

So, for Republicans, the bedrock Constitution is one of those things unseen by Democrats that give most conservatives faith that Trump will prevail in November 2020. The alternative is simply unthinkable.

We are not racists, and the president is not a white supremacist. If he were, he would acquiesce to the deplorable conditions that have existed for years in America’s Democrat-run urban centers. Instead, he has challenged Democrats to live up to their rhetoric about human rights. It’s time to do something about poverty — not just talk about it. Trump has accomplished more in three years than 50 years of self-congratulatory leftist social engineering with inflated titles such as “The Great Society.” If you want greatness, you can start with the record-low unemployment among blacks, Latinos and women that are the result of Trump’s war against globalism and the entrenched bureaucracy.

As for those presidential polls that show Trump lagging badly, you have to ask yourself why the 2020 surveys would be any more predictive than the ones in 2016 were.

Most of the polls are commissioned by media organizations that are virulently anti-Trump, or by political interests that are threatened by President Trump’s anti-establishment instincts. That, in itself, should make them suspect. It’s no secret that there are as many ways to jigger a poll’s outcome as there are ways to mix a drink.

But beyond the question of polling mixology — er, methodology — you have to ask yourself whether there are reasons why even a valid poll would come to invalid conclusions. The answer, of course, is that there are — and in the case of a poll about Donald Trump, the reason is … well … Donald Trump. He is such a polarizing figure that many poll respondents probably do not feel safe sharing their intention to vote for the man.

It’s no different than the decision to leave your MAGA hat at home when you head out for dinner at a tony restaurant and (supposing you live in New York City) a Broadway play. Haven’t we all seen brutal images of old men (and young, for that matter) being beaten for the audacity to wear their red cap in the wrong neighborhood?

Likewise, we are inundated 24 hours a day with anti-Trump propaganda on the cable news channels and on the Internet telling us that the president is a Russian spy (thanks, CNN!), a racist (thanks, MSNBC!), a liar (thanks, Washington Post!) and a lying racist Russian spy (thanks, New York Times!).

It’s enough to make you keep quiet at the water cooler the day after another rousing Trump rally, or to maybe add a grumble under your breath about how you can’t stand his juvenile tweets, and it may even be enough to make you tell a prying pollster that you support the vulgar, boorish demagogue Beto O’Rourke and his open borders rather than the president who gets things done in spite of (or maybe because of) his brash narcissistic personality.

Finally, there is one more unseen thing that strengthens Republican faith in President Trump as we get closer to Election Day. That is the unseen — and usually unspoken — price tag for all the free stuff promised by the Democratic marauders who are laying siege to our capitalist economy. Free college, free pre-K, free health care, free jobs, free money — add it all up, and you will soon discover that a hundred trillion dollars in spending is the equivalent of that unseen iceberg that sunk the Titanic.

The Democrats may be enjoying a pleasant cruise in the friendly waters of the fawning mainstream media today, but when President Trump starts campaigning in earnest, they won’t know what hit them.

Frank Miele, the retired editor of the Daily Inter Lake in Kalispell Mont., is a columnist for RealClearPolitics. His new book — “The Media Matrix: What If Everything You Know Is Fake” — is available at Amazon. Visit him at HeartlandDiaryUSA.com to read his daily commentary or follow him on Facebook @HeartlandDiaryUSA or on Twitter @HeartlandDiary.