After spending years alleging anti-conservative bias on social media, President Donald Trump will soon have another way to get his message out how he wants.

Trump’s reelection campaign plans to launch a new smartphone app this fall to encourage supporters to donate, volunteer and reel in like-minded voters — all while providing the president more unfiltered access to his followers. Supporters who download the all-in-one app are expected to be able to sign up for a Make America Great Again rally, canvas a neighborhood or call voters, maybe even register to vote as the campaign looks to turn passive supporters into activists.

Perhaps the most important feature will be the app’s use of prizes — maybe VIP seats or a photo with Trump — to persuade the most fervent supporters to recruit their friends, rewarding them as campaigns have been doing for top donors for years, according to people familiar with the plans.

The upcoming launch is the latest sign of how Trump’s team, which ran a ragtag operation in 2016, is using its huge coffers to drive a more professional and data-driven operation. While campaigns have had apps for years, the new Trump app is expected to let the president‘s team track followers in a more comprehensive way than ever before in their bid to secure the president another White House term.

The app could help the campaign connect with potential voters as aides focus their reelection strategy more on turning out their conservative base on Election Day and less on persuading undecideds to vote for Trump. But first the campaign will need to persuade people to download the app, an arduous task that digital experts say has doomed other apps.

“Trump supporters are more dedicated and committed,” said Rory McShane, a Republican strategist who specializes in digital media. “If there is any campaign where they have a shot at making this work, it’s the Trump campaign.”

The campaign has already acquired 200 million voter files from the Republican National Committee and is now spending millions on digital ads, texts and rally attendee RSVPs to collect data on voters. The app could build on that mission, silently gathering preferences about supporters to create profiles that could be used to tailor specific messages to specific voters down to the color of an ad.

Trump‘s campaign didn’t respond to questions about the app, which originally had been scheduled to debut this summer. But Brad Parscale, Trump’s digital guru turned campaign manager, has spoken about his goal to directly contact and target millions more supporters than the campaign did in 2016.

“This is how Donald Trump stays president for four more years,” said Parscale, holding up his iPhone on stage at a Trump rally last year. “Now this phone is how we connect with you. It’s how we turn you into the army of Trump.“

Presidential campaigns have been using apps since 2012 as they sought to reach Americans trading land lines for mobile phones. Now they’re so common that candidates in state and local races use them.

In 2016, Trump — as well as Democratic rival Hillary Clinton — launched apps that provided canvassing information, campaign updates and ways to connect with others on social media. But they started late — both came in the weeks before Election Day — and, like most apps at the time, faced limits on what functions were offered and concerns about privacy.

The Trump campaign app, dubbed America First, had about 120,000 registered users in 2016, said Thomas Peters, the CEO of UCampaign, which built the Trump app in 2016.

“The big challenge for campaigns in the current era we’re in — when attention is oversaturated — is to reach people where they are,” said Eric Wilson, who was digital director for Sen. Marco Rubio’s 2016 presidential bid and now managing partner at Startup Caucus, a Republican tech accelerator. “It’s a no-brainer to go into the app space on campaigns. It’s an important battleground.”

Betsy Hoover, who was online organizing director for Barack Obama’s campaign and later co-founded Higher Ground Labs, which invests in technology tools for Democrats, said candidates generally can’t rely on an app alone — even though it may be easier to have everything in one place — in part because of the arduous task of persuading someone to download it.

“An app itself is not the answer,” she said. “You need a program and a strategy that engages supporters and builds community around your campaign. An app can help you achieve that strategy — but the strategy must be the primary focus and drive the usage of the app. If your goal is to recruit and train new people, an app is probably not your tool. If your goal is to increase the action your best supporters are taking, an app might be a great tool for management.”

For Trump, the app is about more than all of that. 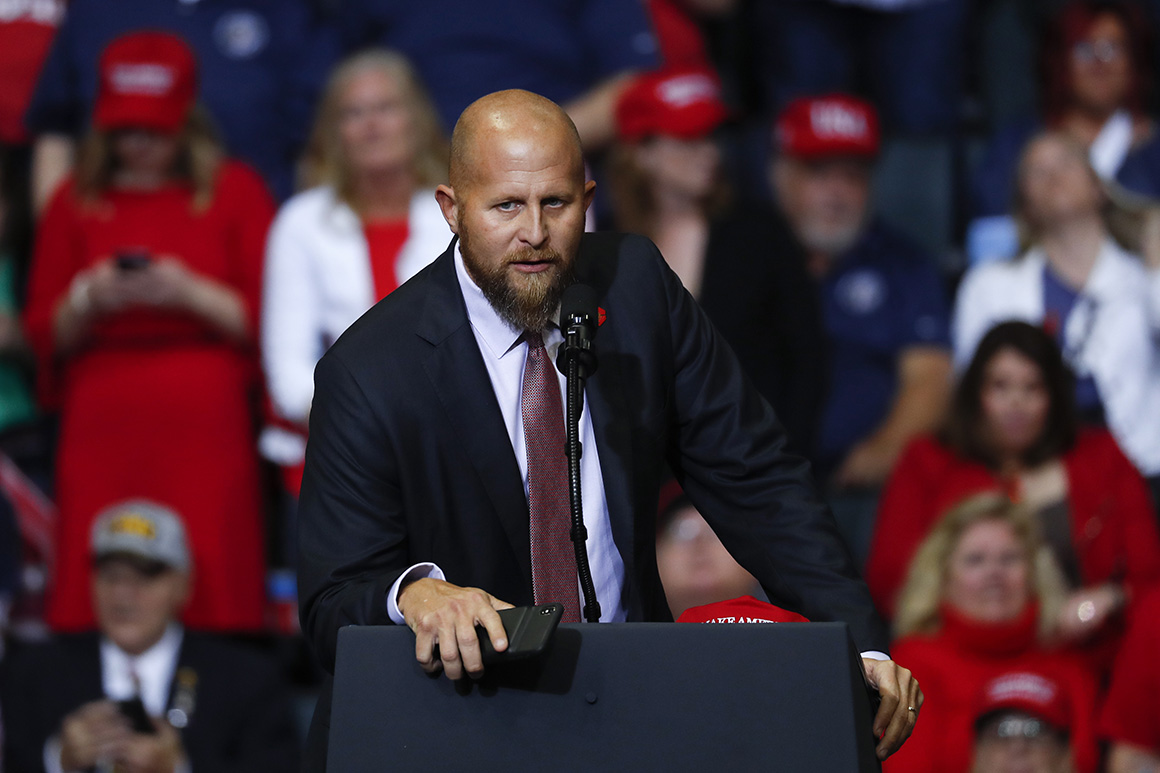 It will allow the president, who regularly accuses tech companies of bias against conservatives, to bypass Facebook, Twitter and other social media sites altogether. Tech companies deny any political favoritism but Trump insists he and others are being targeted.

“We have terrible bias. We have censorship like no one has any understanding, nobody can believe,“ Trump said in July when he convened a social media summit at the White House. “They’re playing with a lot of minds and they’re playing unfairly.“

Trump certainly isn’t expected to stop tweeting, but the app will help him and his aides communicate directly with his most fervent supporters in a new and unfiltered way.

“The app is a great way to circumvent Facebook and Twitter,” according to one of the people familiar with the plans. “You’re reaching people directly.”

It not only provides a way to hear from Trump but it offers a way for millions of die-hard Trump supporters to communicate with each other privately.

Peters, of UCampaign, which is not involved in the new Trump app, said a large part of the appeal for the Trump operation in 2016 was having a “private social network” for supporters.

“Especially for people who feel intimidated sharing their political views on an open social network, like Facebook or Twitter — they don’t want to get into a fight with their cousin or their co-worker or just get into it at all — here’s the place they know they can share messages and not invite a flame war,” he said. “They’re going to get likes.”

Sean Spicer, the former White House press secretary who worked for the Republican National Committee during the 2016 election, said both types of platforms are an asset for Trump: Twitter, Facebook and other social media outlets allow Trump to communicate with all types of people while the campaign app will rally the base.

“It’s not this or that. It’s all of the above,” Spicer said. “I think in this day and age, it adds one more element.”

Nancy Scola contributed to this report.

← Trump says he canceled secret Camp David meetings with Taliban leaders, Afghan president ← ‘The Trumps will be a dynasty that lasts for decades’