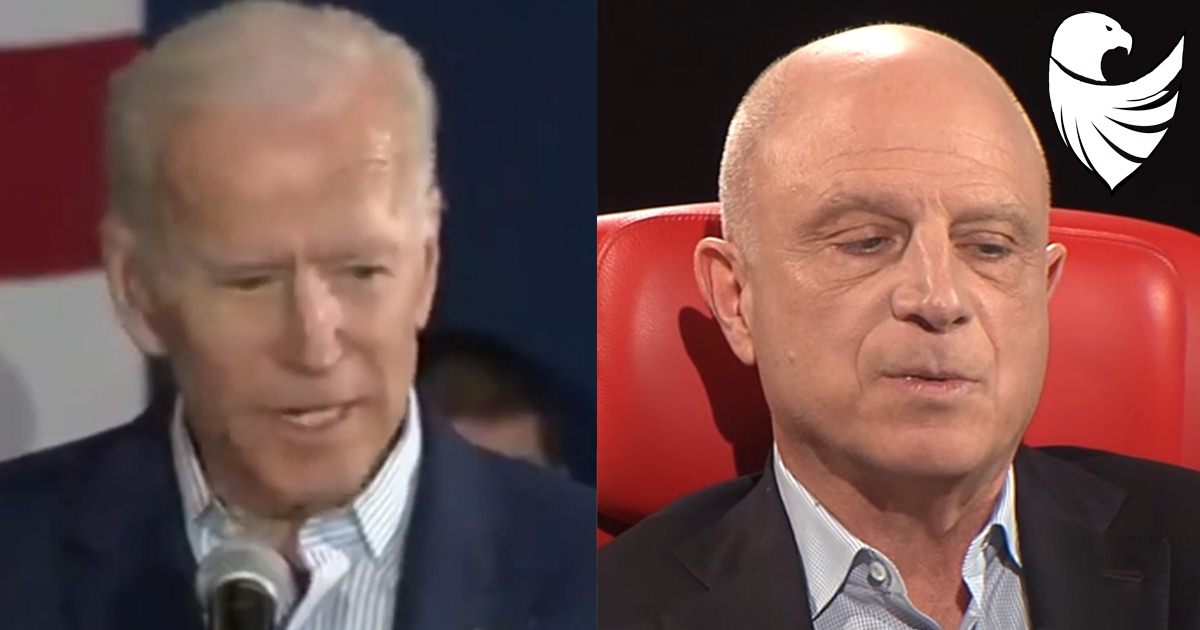 Joe Biden’s campaign took money from a disgraced Hollywood executive who has been arrested and charged with assaulting women.

Biden’s own history of being touchy and feely with women, including children has been well documented.

Biden’s campaign accepted $2,800, the maximum allowed for a primary, from former HBO chief executive officer Chris Albrecht in April. He received an additional $2,800 from both Albrecht and his current wife, Tina Trahan, in June, his disclosure shows.

The Biden campaign took the contributions despite Albrecht’s history of abusing women. He has twice been arrested for misconduct allegations. The charges cost him jobs, though they did not stop him from finding work within the entertainment industry.

Albrecht resigned as chief executive officer at HBO at his employer’s request in 2007 after being arrested and charged with assaulting his then-girlfriend.

The incident occurred in the MGM Grand Hotel’s valet parking area around 3 a.m., hours after HBO broadcast a boxing match at the hotel. Police on the scene said the offense included “hitting, choking, or shoving” and said that Albrecht smelled of alcohol, was unsteady on his feet, and slurred his speech.

After the incident, confidential sources told the Los Angeles Times that the assault was not Albrecht’s first, and that Time Warner Inc. had paid a $400,000 settlement in 1991 to a female subordinate allegedly assaulted by Albrecht while on the job. The victim, Sasha Emerson, reported directly to Albrecht at the time as senior vice president at HBO Independent Productions.

“By 1990, the two had become romantically involved. Both were married at the time… By the time the incident occurred, Emerson and Albrecht had ended their trysts. Albrecht allegedly assaulted Emerson in her office in Century City when she told him she had been dating someone else, said one person close to Emerson. Albrecht allegedly threw her from her chair to the ground,” the Times reported.

At the time of his resignation, Albrecht sent a message to HBO employees saying he “had been a sober member of Alcoholics Anonymous for 13 years” and decided that he could “handle drinking again” before his Las Vegas arrest.

Most recently, Albrecht worked as president and CEO of Starz, where he negotiated a deal that saw disgraced Hollywood producer Harvey Weinstein purchase 25 percent of the company. Albrecht called Weinstein a “terrific business partner” that he was “pleased to have” as part of Starz. Their relationship appears to go beyond business. Weinstein was photographed at a pre-Golden Globes party hosted by Albrecht in 2006 and went on to attend Albrecht’s wedding in 2011.