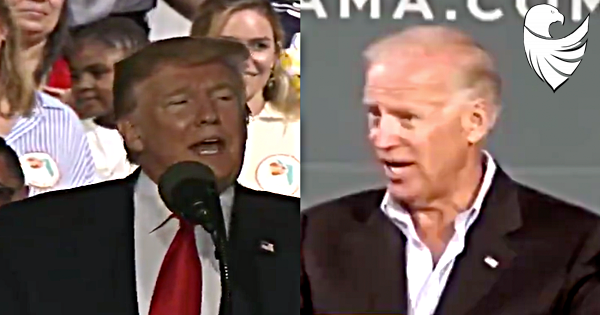 2020 Democrat Candidate Joe Biden, who has in the past alluded to challenging President Trump to a fight, has now said he would get past being older than Trump by challenging Trump to a “push ups” competition on the spot.

In South Carolina, some critics accused Biden of mixing up his words and getting them tangled.

Joe Biden says that if the president were to make an issue of his age or energy level during a debate, he would challenge him to a push-up contest on the spot.

Biden, 76, said he often runs instead of walks along parade routes like the one where he appeared July 4 in Independence, Missouri.

Trump has mocked Biden in speeches and on Twitter as ‘Sleepy Joe,’ arguing that he has lost a step since he was Barack Obama’s running mate.

Bernie Sanders joked a few hours after Tuesday’s broadcast that he might challenge the president to a mile-long footrace.

← SHOCK POLL: Republican Support for Trump RISES After His Attack on “THE SQUAD” ← Omar Releases Video on What “True Patriotism” Is, Backfires Immediately