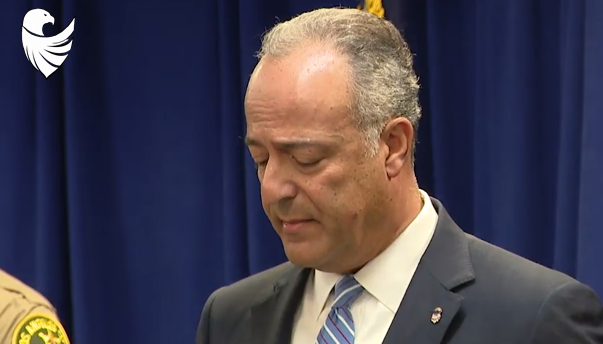 22 MS-13 gang members, a group from El Salvador that recruit heavily from illegal aliens in the U.S. have been charged with killing 7 people and racketeering. Many of these murders were gruesome.

Per UPI, a total of 22 MS-13 gang members and associates were indicted on federal charges of racketeering and murder for participating in a series of killings, including the death of a man who was dismembered and had his heart cut out.

Announced Tuesday by the U.S. Attorney’s Office of the Central District of California, the 12-count indictment charges people linked to and members of the Mara Salvatrucha international gang with the killings of seven people who were members of rival gangs, those they believed to be police informants and a homeless man living in a park under the gang’s control.

Federal authorities on Monday announced charges filed against 22 people linked to the MS-13 transnational gang, most of whom allegedly participated in a series of murders, including several slayings in which victims were hacked to death with machetes in the Angeles National Forest.

A 12-count indictment unsealed Monday afternoon alleges that members and associates of the gang murdered seven people over the last two years. The indictment charges gang leaders who allegedly authorized and coordinated the murders.

Also charged are gang members who allegedly murdered and attempted to murder rival gang members, those who were perceived to be cooperating with law enforcement, and, in one instance, a homeless man who was temporarily living in a park controlled by the gang.

The indictment focuses on a particularly violent subset of the gang known as the Fulton clique, which operates in the San Fernando Valley and has recently seen an influx of young immigrants from Central America.

Under the influence of these young gangsters, younger associates who wanted to become members of MS-13 were “required to kill an MS-13 rival or someone perceived to be adverse to MS-13 to be initiated into MS-13,” according to the indictment.