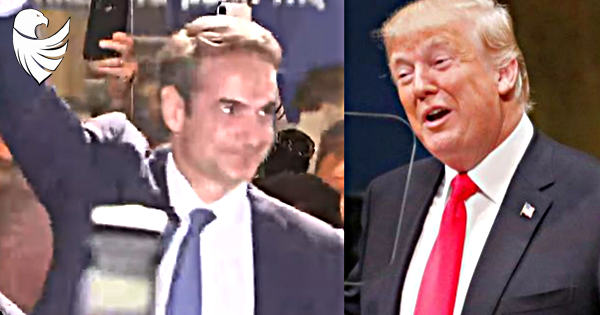 Conservatives have ejected the left wing party to take control of Greece.

Pro-business leader, Kyriakos Mitsotakis, has been elected the next prime minister and has promised to cut taxes.

Greece elected a conservative government on a promise to cut taxes and spur economic growth, initial results showed, ejecting a left-wing government that couldn’t deliver an end to the country’s long economic slump.

The center-right New Democracy party was set to win an absolute majority in Parliament in Sunday’s vote, making its pro-business leader, Kyriakos Mitsotakis, the next prime minister. With nearly all the votes counted, the conservatives were set to win 39.6% of the vote.

Under Greece’s electoral system, which rewards the party that comes in first, New Democracy was on course for 158 seats in the 300-seat Parliament in Athens.

The left-wing Syriza party of departing Prime Minister Alexis Tsipras, which tried to confront Greece’s German-led creditors after winning power in 2015 but was forced to back down and follow strict austerity policies, took around 31.6%, the initial results showed.

“I will be the prime minister for all the Greeks,” Mr. Mitsotakis said in a public address from his party’s headquarters. “I am committed to lower taxes, to lots of investments, to more and better jobs.”

Greek voters’ return to a mainstream, traditional political party after trying the populist Syriza shows how the rise of antiestablishment parties around Europe can lose steam if populists struggle to implement promised radical changes.

Greek voters have turned to Mr. Mitsotakis to take the country in a new direction after years of slow, grinding economic recovery. Syriza met creditors’ tough fiscal targets, but mainly by raising taxes to a level that most economists say is harmful for growth.

“The citizens have made their choice. We fully respect the popular vote,” Mr. Tsipras said in a speech Sunday night. “I want to reassure the Greek people that we will be here present in opposition to protect their interests.”