Per DailyMail, Seventeen alleged CIA spies have been arrested in Iran and some of them will face the death penalty, Tehran claimed today in the latest flashpoint in a worsening Middle East crisis.

Iran’s security chiefs say they have smashed an American spy ring which had planted U.S. agents at ‘sensitive sites’ in the country’s nuclear, military and cyber facilities.

The 17 suspects are all Iranians, some of them recruited by a ‘visa trap’ in which the CIA would target Iranian nationals as they applied to visit America, Iran claims.

A documentary which aired on Iranian TV today purports to show U.S. agents trying to recruit Iranian spies in the Middle East, although the footage has not been verified.

U.S. Secretary of State Mike Pompeo said Iran has a ‘history of lying’ and the spy claims are likely to send Gulf tensions spiralling further.

Iran has been feuding with the West for weeks over the crumbling nuclear deal and a series of threats to Middle East shipping, which heightened again last week when Tehran’s revolutionary guards seized a British tanker in the Straits of Hormuz.

Iran’s intelligence ministry says it has arrested 17 spies working for the U.S. Central Intelligence Agency (CIA). Some of those arrested have been sentenced to death.

1,070 people are talking about this

Photos of the some of the CIA intelligence officers and spies arrested by Iran. They are 17 spies, some of whom have received death sentences. Iran is going to broadcast a documentary on their arrest today. 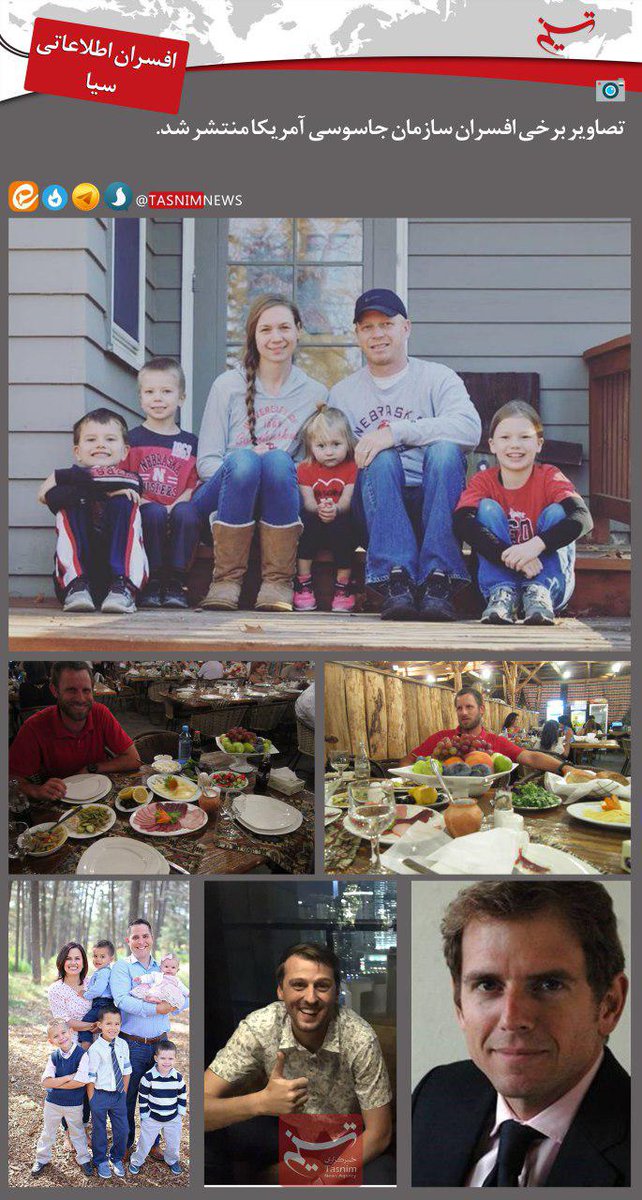 61 people are talking about this

Iran’s state media claimed Monday that authorities arrested 17 spies recruited by the Central Intelligence Agency to spy on its nuclear and military sites.

The semi-official Fars news agency said some of them have been sentenced to death.

It was not immediately clear if all the alleged spies were Iranian nationals.

The Fars news agency published images that Iran’s Intelligence Ministry said showed the CIA officers who it claimed were in touch with the suspected spies. The ministry said the agents had infiltrated organizations and institutions in Iran’s private sector.

There was no immediate reaction from the CIA or U.S. officials about Iran’s claim.

The arrests occurred over the past few months and come as Iran’s nuclear deal with world powers is under increasing strain amid Washington’s withdrawal a year ago from the accord and renewal of economic sanctions on Iran. Tensions between the U.S., Britain and Iran have spiked in the Persian Gulf region near the Strait of Hormuz.

Soon-to-depart British Prime Minister Theresa May will chair an emergency security session Monday to discuss how to respond to Iran’s seizure of a British-flagged tanker in the Strait of Hormuz, a waterway that is vital to the world’s oil supply.

The “Stena Impero” tanker was seized Friday and is now in a heavily guarded Iranian port. Britain is considering a number of options to raise the pressure on Iran. Officials say military operations are not being considered. The seizure followed a threat by Iran to respond to Britain’s impounding of an Iranian oil tanker off Gibraltar, in the Mediterranean Sea, that Britain said was on its way to Syria in breach of European Union sanctions. Iran disputes that its tanker was trying to reach Syria, a close ally.

An audio recording released Sunday revealed the tense moments before the “Stena Impero” was seized by Iranian Revolutionary Guard forces rappelling from helicopters.

State TV in Iran aired a documentary Monday that purported to show a CIA officer recruiting an Iranian man in the United Arab Emirates. It was not clear if the broadcast was connected to the announcement about the alleged spies.