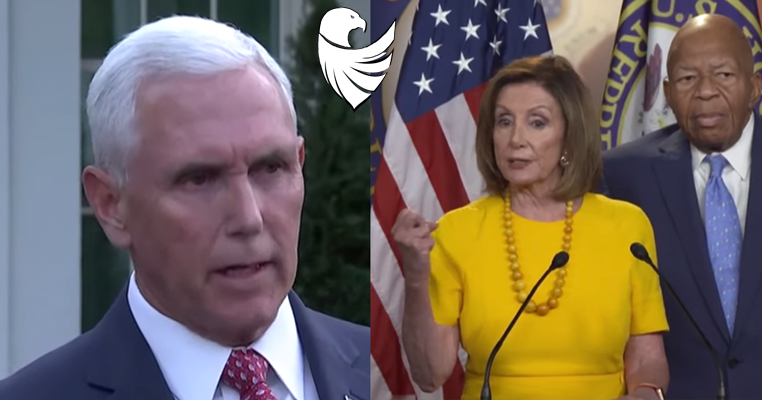 Vice President Mike Pence has made it clear via his attorney he is not cooperating with the House Democrats impeachment inquiry and has also refused to provide requested documents.

Marketwatch reports the vice president’s counsel, Matthew E. Morgan, shared the news in a letter to the chairs of the investigating committees Tuesday evening. He’s echoing President Donald Trump’s lawyers’ complaints that the House has not held a formal vote on the investigation.

“Pence’s office says it won’t cooperate with probe. Says it will cooperate if Hse has “appropriate requests for information solely in the custody of the Office of the Vice President.” Says Hse “has not authorized any ‘impeachment inquiry.’”

Pence’s office says it won’t cooperate with probe. Says it will cooperate if Hse has “appropriate requests for information solely in the custody of the Office of the Vice President.” Says Hse “has not authorized any ‘impeachment inquiry.’”

Here’s VP Pence’s letter to the House, explaining why he’s not complying with the “impeachment inquiry."https://t.co/6js0uXmS5Y

More of the letter from Pence's attorney to House chairmen overseeing the impeachment inquiry pic.twitter.com/41S9pQnOjg

Per USAToday, Democrats are investigating any role Pence may have played in President Donald Trump’s efforts to pressure the Ukrainian president to investigate former Vice President Joe Biden and his son, as well as a separate conspiracy theory related to interference in the 2016 elections.

Democrats have subpoenaed a variety of people inside and outside of the administration, including giving acting White House Chief of Staff Mick Mulvaney a Friday deadline to comply with a large documents request.

Democrats’ initial Oct. 4 request to Pence followed a Washington Post report that Trump used Pence in his attempt to pressure Ukrainian President Volodymyr Zelensky to investigate the Bidens but was not conclusive on how much Pence knew about Trump’s effort.

The Post said Pence’s national security adviser monitored Trump’s July call with Zelensky but didn’t hear anything he felt should be relayed to the vice president.

CNN reported that Pence was given a transcript of call, but it’s not clear if he read it.

The whistleblower complaint that sparked the impeachment inquiry by disclosing the call alleged that Trump instructed Pence to cancel plans to attend Zelensky’s May inauguration, a detail given in the context of Trump wanting to wait to see how the new leader “chose to act” in office.

Below is the text of the full letter:

The Office of the Vice President has received the Committees’ Letter to the Vice President, dated October 4, 2019, which requests a wide-ranging scope of documents, some of which are clearly not vice-presidential records, pursuant to a self-proclaimed “impeachment inquiry.” As noted in the October 8, 2019 letter from the White House Counsel to each of you and to Speaker Nancy Pelosi, the purported “impeachment inquiry” has been designed and implemented in a manner that calls into question your commitment to fundamental fairness and due process rights.

As detailed in the White House Counsel Letter, the House of Representatives has not authorized any “impeachment inquiry.” Specifically, the operative House rules do not delegate to any committee the authority to conduct an inquiry under the impeachment power of Article I, Section 2 of the Constitution. Instead of being accountable to the American people and casting a vote to authorize what all agree is a substantial constitutional step, you have instead attempted to avoid this fundamental requirement by invoking the Speaker’s announcement of an “official impeachment inquiry” at a press conference? Never before in history has the Speaker of the House attempted to launch an “impeachment inquiry” against a President without a majority of the House of Representatives voting to authorize a constitutionally acceptable process.